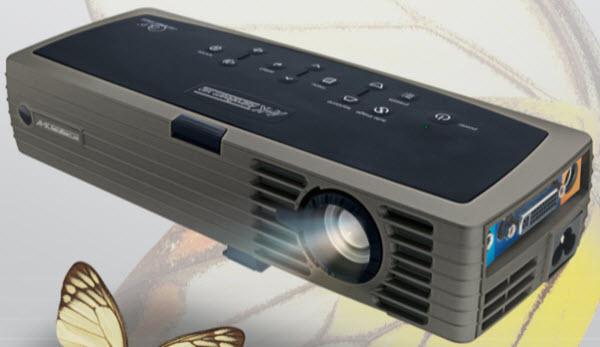 The A+K AstroBeam X40 Projector is a XGA Portable Projector. This lamp based projector is capable of displaying 1,000 Lumens at its brightest setting with a native resolution of 1024x768 . The internal DLP technology touts higher contrast, less visible pixels and more portability. Weighing in at 2.0 lbs, this mini pocket-sized projector is perfect for impromptu business meetings and personal movie viewing on the go. This projector was first available for purchase in May 2004 and has been by A+K. The A+K AstroBeam X40 projector was manufactured by InFocus as the LP120. This projector was also marketed as the Proxima M1, and the Proxima DP1200x.

Projector Placement
For a diagonal screen, place the projector lens between 12'-0" and 14'-0" from the screen.