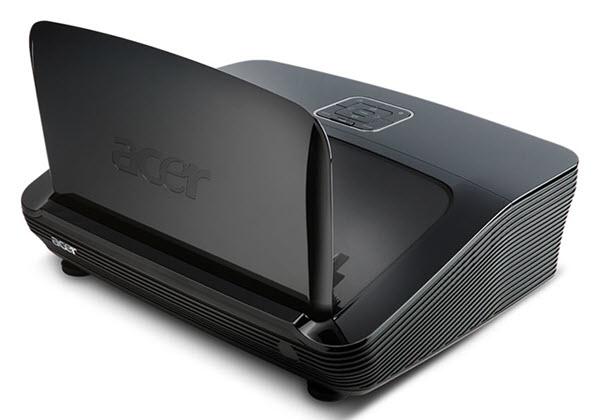 The Acer U5200 Projector is a XGA Ultra Short Throw (UST) Projector. This lamp based projector is capable of displaying 2,500 Lumens at its brightest setting with a native resolution of 1024x768 , and is 3D capable. The internal DLP technology touts higher contrast, less visible pixels and more portability. This projector is not being produced by Acer any longer and was .

Projector Placement
For a diagonal screen, place the projector lens 0'-11" from the screen.