Barco has announced two new native 4K (4096x2160) resolution laser projectors aimed at theme parks and large entertainment venues. Both the XDX-4K40 and XDM-4K25 projectors use a RGB laser light engine and 3-chip DLP design—three 1.38-inch DC4K DMD chips for the XDX and three 0.98-inch DC4K TRP DMD chips for the XDM. The projectors are capable of displaying 98.5% of the Rec. 2020 color gamut while maintaining brightness. 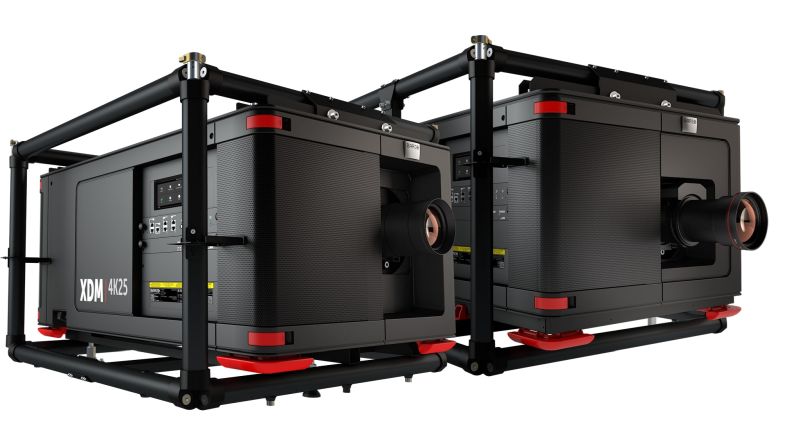 The XDX-4K40 has a rated light output of 40,000 lumens while the XDM-4K25's output is rated at 23,500 lumens. Both have an above-average life of 40,000 hours in normal conditions (we usually see a range of 20,000-30,000 hours). The typical contrast ratio for the XDX is 2,000:1 and 2,300:1 for the XDM. The projectors require little maintenance over their life, but if any replacements are needed, components can be removed on-site, including individual laser plates that can be swapped by park personnel with minimal training.

Both projectors can be monitored and managed with Barco's Projector Management software platform. Projector data is stored securely on the cloud for accessibility from anywhere, and a dashboard can give real-time operating and environmental information on individual projectors.

The XDX-4K40 uses Barco's XLD range of lenses that includes both high-brightness and high-contrast versions. The XDM-4K25 is capable of using the same XLD range as well as their TLD+ lenses. The collection of lenses offers throw ratios from a short-range 0.38:1 up to a long-throw 11:1.

They support HDMI 2.0 inputs and their menus can be accessed via either a touch display on the projectors or through the web. 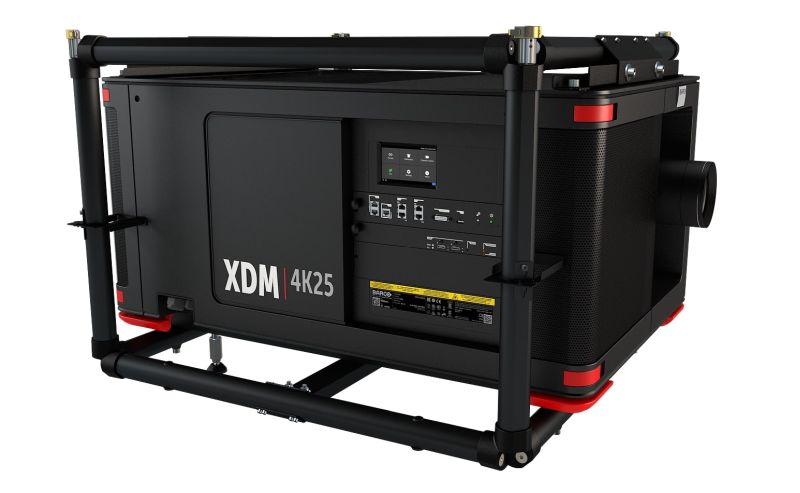 For more detailed specifications and connections, check out our Barco XDX-4K40 projector page.