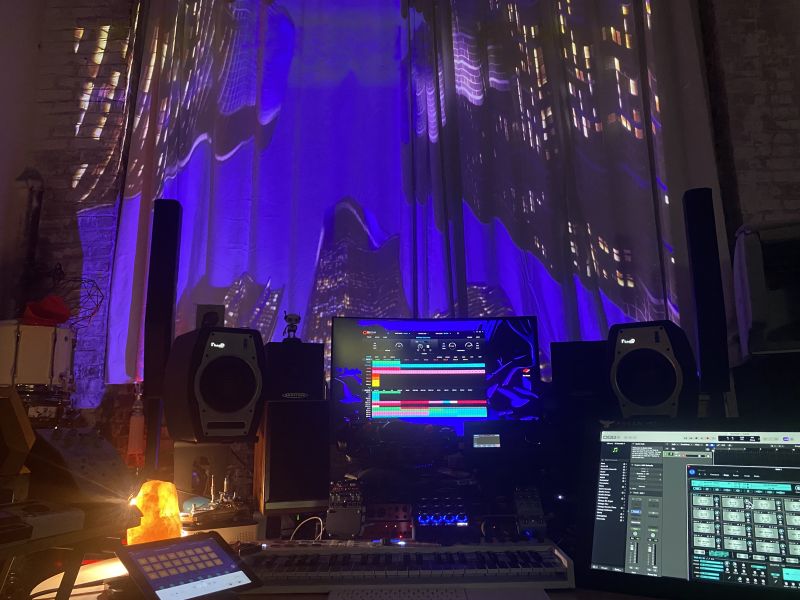 As a third-generation professional musician, guitarist and producer Jake Morelli has worked with top talent like Bruno Mars, Jonas Brothers, Ed Sheeran, and Roberta Flack, producing music out of his brother-in-law Questlove's Philadelphia studio, which he also co-manages. With his depth of experience at the highest levels of the music industry, Morelli is acutely aware that stunning visuals play an important role in setting the mood as artists come together in the studio. That's why he's focused not just on making new sounds, but also on experimenting with innovative visuals that elevate the entire production experience.

During 2021, he set out to transform the surfaces of the studio and performance venue into a canvas for his visual ideas, harnessing projection mapping tools that can warp images, project augmented reality, and create sound-reactive visuals. Morelli first began exploring these ideas with a lower-end projector to acquaint himself with projection mapping technology, but quickly realized that the sub-par video image and other shortcomings made it difficult to achieve his ultimate vision. "I've been involved with music my entire life, and every time I step into that arena, I want to bring the highest quality possible to the table," said Morelli. "Feature wise, I knew clarity, high resolution, and laser technology—without lamps that need to be replaced—were all big winning points for me. I believe in the power of numbers, and after a lot of research, I found quickly that BenQ was simply the best out there." 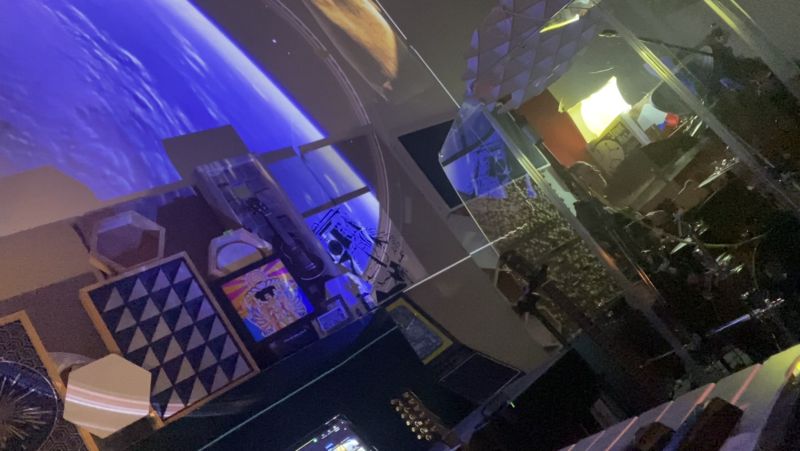 It was the ability to deliver on the numbers, with unbeatable specs for superior brightness, performance, and versatility, that sold Morelli on the BenQ LU960UST. Perfect for realizing his creative vision, it offers WUXGA resolution with more than 2.3 million pixels, a dazzling 5,200 lumens of light output, and an unprecedented 3,000,000:1 contrast ratio for true blacks, rich colors, and fine subtle details. Utilizing a dual color wheel system to generate RGBY hues, it covers an unparalleled 92% of the Rec.709 gamut for color accuracy. It's built on the rock-solid reliability of DLP's durable single-chip design, rated to last 100,000 hours, while its laser light source is guaranteed for 20,000 hours, delivering big savings on lamp replacements.

Setup is a breeze with a 0.25 ultra-short throw ratio for immersive experiences that allow performers to move freely in the studio or on the stage, without obstructing the image. Lens shift and digital shrink allow perfect alignment with the screen in tight, challenging spaces like recording studios. And, its excellent installation flexibility supports 360Â° rotation and portrait installation, allowing projection onto ceilings, walls, floors, or any other surface. It was this ability of the projector that was particularly helpful in allowing him to realize his vision.

Morelli has been using the LU960UST to supply projected images and video that turns the studio into a creative hub of movement and light. "Being a little newer to the world of projection, I am still learning about and tapping into the potential of this incredible BenQ machine. I've been using it with a projection mapping kit since April of 2021, and the experience continues to be nothing short of inspirational! I set up a scene with a variety of art, plants, music accessories and other items. Then using a Lightform kit I scanned the objects in the scene, morphed the details in a variety of ways, and sent the resulting images back through the projector to be displayed on to the scene itself. Our eventual goals include using it on huge city buildings around the world as a backdrop to musical performances."

He also appreciates a feature of the LU960UST that's particularly useful for interactive imagery: the projector's Fast mode, developed through BenQ's experience with the near-zero latency displays used in gaming. "The projector is currently installed in our recording studio to produce a sound-reactive video experience, letting me alter the imagery of the scene by having it react to the sound itself during in-house music production. It's sensitive enough to change just from the sound of your breath. In another application, I can project the imagery in a different direction, this time onto white soundproofing curtains, which creates a beautiful, flowy landscape of inspiration directly behind my mixing station."

Morelli reports that the projector never fails to provide inspiration for every musician and producer using the studio. "Every single person who has been a witness to the projection experience in our studio has left with their jaw on the ground. The BenQ projector on its own is a total monster of a machine. Then, used in conjunction with projection mapping, it's something that truly needs to be seen to be believed!"

It is Morelli's belief that, when artists align themselves with other individuals and companies with similar philosophies, a new level of potential greatness is possible. "Working with BenQ has been a dream because their philosophy aligns perfectly with my high level of attention to detail, and their quality control far exceeds my expectations. After creating music for several decades, I'm one with the idea that music and the arts in general are real healers. Having a very next-level visual representation to coincide with the music only amplifies the healing potential. Thanks BenQ!" 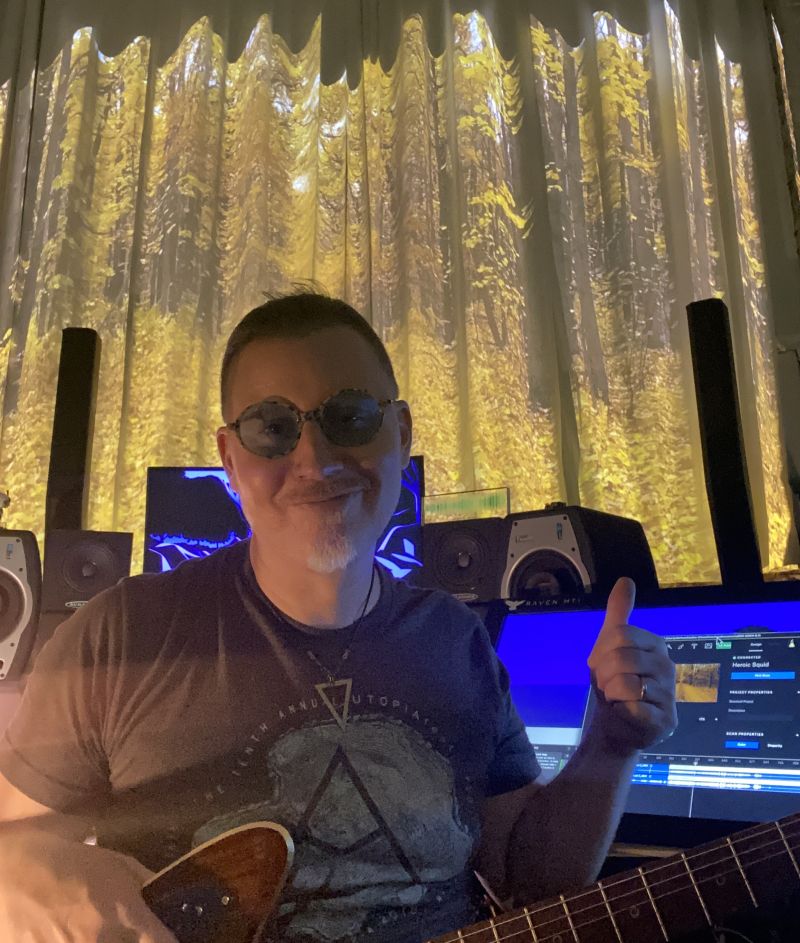 For more detailed specifications and connections, check out our BenQ LU960UST projector page.