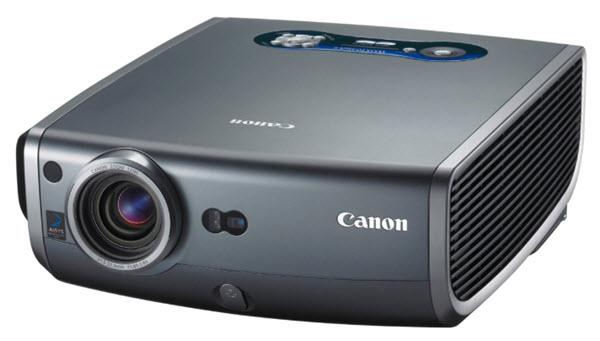 Large globes illustrated with the continents, countries, and oceans of the world have long been a popular and familiar sight in museums and libraries. The high-tech OmniGlobe can display many different kinds of images of the surface of the earth, as well as the moon, the sun, and other planets. When manufacturer ARC Science Simulations needed a projector to integrate into this advanced digital spherical display, it chose the REALiS SX7 Multimedia LCOS Projector from Canon U.S.A., Inc., a leader in digital imaging.

"We need to project images from inside the base of the OmniGlobe up to a small convex-shaped mirror mounted inside the top of the OmniGlobe," explained Brad Moorman, director of sales and marketing at ARC Science Simulations, based in Loveland, Colorado. "This is how we are able to produce a high-resolution spherical image. For that reason, we needed a projector small enough to fit the base design of the OmniGlobe, but also high-performance enough to provide the image quality we require. We chose the Canon REALiS SX7 Multimedia LCOS Projector because of its size and because of its high resolution, brightness, and color rendition. It's also very easy to use."

Designed for museums and science centers, visitors can operate a separate touch screen to make the OmniGlobe display computer simulations of global weather and climate patterns, political boundaries, ocean floors, and even NASA satellite images of the surfaces of other planets.

"Kids and adults love the OmniGlobe," Moorman noted. "They particularly like the interactivity of being able to change what is being displayed on the globe and to tilt or rotate that image or animation. The special reflective optics and spherical screen, along with the internal PC, custom software, and the Canon REALiS SX7 Multimedia LCOS Projector makes it all possible."

The REALiS SX7 delivers brilliantly defined SXGA+ (1400 x 1050) resolution video or still images at 4000 lumens of brightness, a contrast ratio of 1000:1, and an Adobe RGB color-match system. LCOS (Liquid Crystal on Silicon) is the advanced, next-generation projection-display technology used in all Canon REALiS Multimedia Projectors. Canon's proprietary AISYS (Aspectual Illumination System) further enhances the display capabilities of LCOS by applying a sophisticated array of optical elements to control the light from the projection lamp and provide intricately detailed high-resolution imagery of high brightness and brilliant color. Canon's world leadership in optics is also evidenced by the REALiS SX7 Multimedia LCOS Projector's Genuine Canon 1.7x Wide Powered Zoom Lens, which provides a diagonal screen size range of 40 inches (at a very short projection distance of 3.6 feet) to a maximum of 300 inches. Even at a distance of 9.8 feet, the Canon REALiS SX7 Multimedia LCOS Projector can project an image of 100 inches.

"The Canon REALiS SX7 Multimedia LCOS Projector is vital to the overall performance of the OmniGlobe," Moorman stated. "That's because it's ultimately a projection system, so it's all about the projector. With the Canon REALiS SX7, the OmniGlobe has a reliable projector that provides true colors to present highly detailed Earth and planetary imagery."