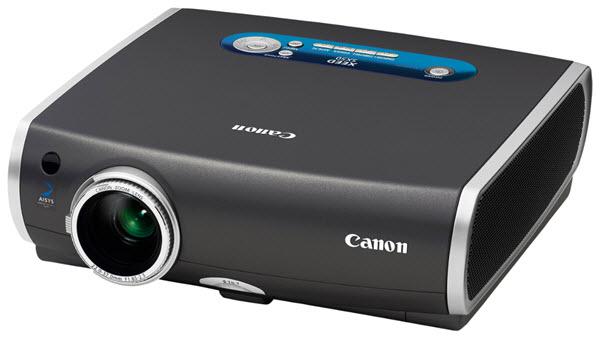 I have had this projector for about 4 months. Image is great. I have gotten very close and can see no screen door effect. Have run all kinds of equipment to it. DVD, HDTV, PC, DVHS using component. All works great. Auto ajust to source. I have just gotten a DVI cable for it. Auto ajusted to my PC with that as well. When I get a DVI switcher box I will use that in place of component.

Any Problems: Would be nice to have a sleep timer on it. Could have two nice speakers instead of the crappy little one for when I want to set the timer and use the speaker on the projector when I go to bed. lol

I have this projector for three months already and the image projection is excellent even with the presence of ambient light in my family room. My hp zd7000 17 inch laptop computer (with resolution of 1680 x 1050) projected excellent DVD moving and digital photo images. INHD cable broadcast are tantalizing moving images. Your dermatologist can diagnose your favorite professional player face of their dermatologic existing conditions upon close up. Hey! What are those tatoos for? Better or on par with my sharp aquos LC-45GX6U LCD TV. Which one should I prefer to watch now?

Any Problems: My samsung hd 841 dvd player is not compatible using the DVI to DVI (OUTPUT/INPUT) which I will replace with NeuNeo HVD2081 dvd player.

Just got this projector. Picture quality is fantastic. Lack of inputs is not a problem as some people may say as we hooked it up to a Denon Rec. with component switching. Little bit loud even in Econo mode but not noticiable if you have the sound in the theatre up a bit. Quality with a PC is astounding.

The best data-projector on the market! LCOS brings best picture quality. Also the optic with 1.7 Zoom is very good - you are flexible with the position! I have compared with NEC, Toshiba and ASK.

Anyone interested to acquire an SX50 should first do his/her own diligence review as to why this projector was first released by Canon in October 2004, then immediately withdrawn and re-released something like three months later. It is hard to tell if Canon's aim with this LCOS unit was to go after the PowerPoint traveling crowd or the home theater crowd or some other crowd. My best bet would be the first group. While the 1400 x 1050 normal aspect ratio image is excellent and practically without artifacts even at close viewing, the Realis SX50 is seriously handicapped by its lack of useful interface connections. We have computers with dual DVI graphic cards, a cable box with DVI and HDMI out, a studio VTR with SDI out, and a DVD player/recorder with both HDMI and component connections. Well, all we can do with SX50 is connect it to a single DVI source. Canon's Input/Output nomenclature in the product brochure and user's manual is suspect. For example, a simple analog VGA input connection is described by them as "RGB IN-2, Component IN, RGB OUT." The single digital interface of the entire projector is a DVI connector which is also described by Canon as "RGB IN-1." The rest of the meager interface panel consists of some tired analog connections - composite RCA, Y/C S-Video, and a mini composite RCA jack for audio. Come on now, Canon! How about a second DVI interface? How about HDMI? How about at least three RCA jacks for direct component video signal input? Unless you want to access the projector constantly and plug and pull cables out of its solitary digital interface ad infinitum, you would be better off using the SX50 for a singular task or look for a similarly featured projector with more interface options. In this day and age, especially one with multiple digital/HD connections. In our case, we ended up connecting the Realis SX50 to a workstation PC's DVI graphics card and left it at that. But in the $4,000+ price range, one would have expected a little more versatility from an otherwise high performing LCOS projector made by the veritable 'Know How' company, Canon.

Fantastic!!! I have had this projector for two months. If you are looking for a home projector this is hands down the best one to get. First of all is the price. $4000 for a SXGA+ resolution (1400x1050)1,470,000 pixels. It is not LCD or DLP. It is the new LCOS (Liquid Crystal on Silicon), this means ZERO, yes ZERO screen door effect. Zero rainbow effect also. It has a 1.7 zoom lens (100" image at 9.8'). Very bright at 2,500 lumens. Nothing out there comes close to this projector. Trust me, I have been looking at projectors for the past 6 months trying to decide on which one to get and this one is hands down the best I came across.

Any Problems: No problems at all. The only reason I did not give it Excellent on reliability is because it is so new. Only been out a couple of months.