Christie has been constantly evolving their best-selling M Series line of projectors since their introduction in 2007, and that tradition continues with the M 4K25 RGB 3DLP laser projector. 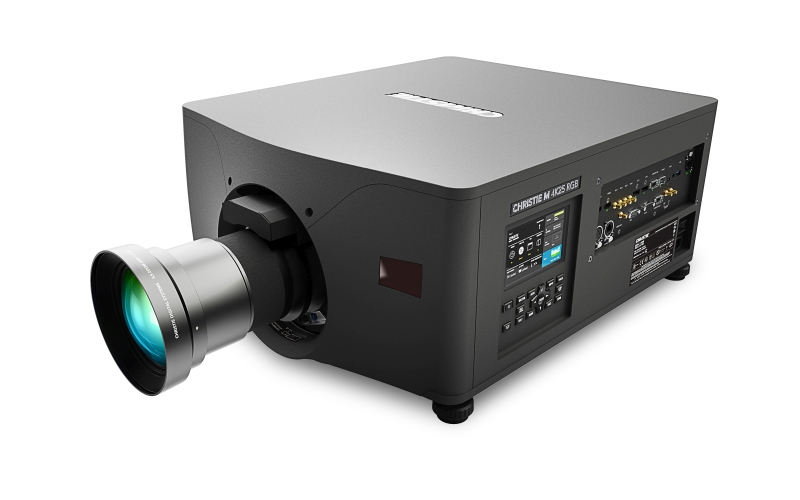 The RGB laser light source outputs 22,500 ANSI lumens (25,000 ISO lumens) of brightness and has a life of up to 50,000 hours before reaching half brightness. The light source can be serviced and replaced in the field as well. Christie's proprietary LiteLOC technology automatically manages the light source brightness over time to keep its presentation consistent. A self-contained liquid cooling system keeps the projector running cool and quiet, with a rated sound level up to 46 dBA in standard mode in an environment up to 72 degrees Fahrenheit.

Since it's an M Series projector, the M 4K25 RGB is compatible with the M Series rigging frame and can be placed in any orientation. It is also compatible with existing M, J, and Crimson Series lenses. The Christie range of standard lenses can provided throw ratios as low as 0.37:1 and as high as 10.4:1 and a contrast ratio of 2,000:1 in standard fan mode. Ultra-high contrast zoom lenses (that will be available in early 2022) range from 1.3-2.5:1 and provide a 7,000:1 contrast ratio, although brightness is reduced by 30%. 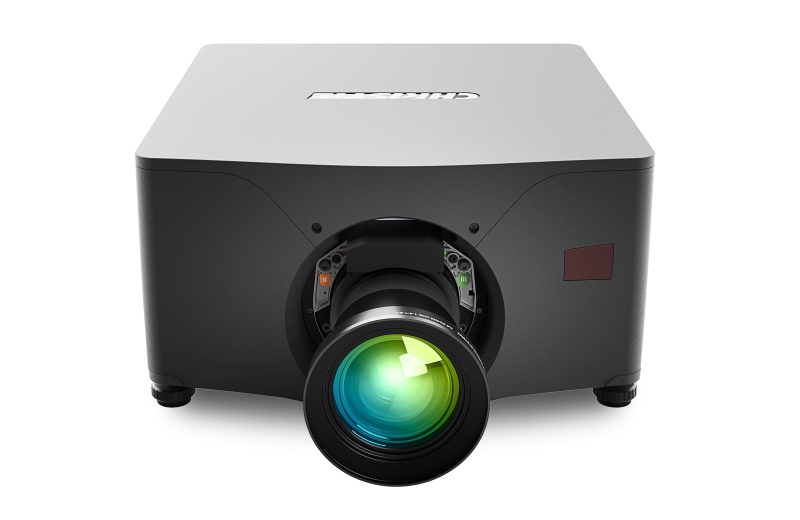 The M 4K25 RGB doesn't have swappable input/output cards, instead having all connections built-in. Included are four 12G-SDI, two HDMI 2.0, two DisplayPort 1.2, HDBaseT, Fiber for use with a Christie Link Transmitter, SDVoE, a 3D sync, and audio out. Christie's Terra SDVoE connectivity allows for uncompressed 4K signals with zero latency over 10G networks. A full-color LCD panel provides full control of the projectors menus and TruLife+ electronic color convergence, which can also be accessed through a web interface, which individually adjusts red, green, and blue with a remote.