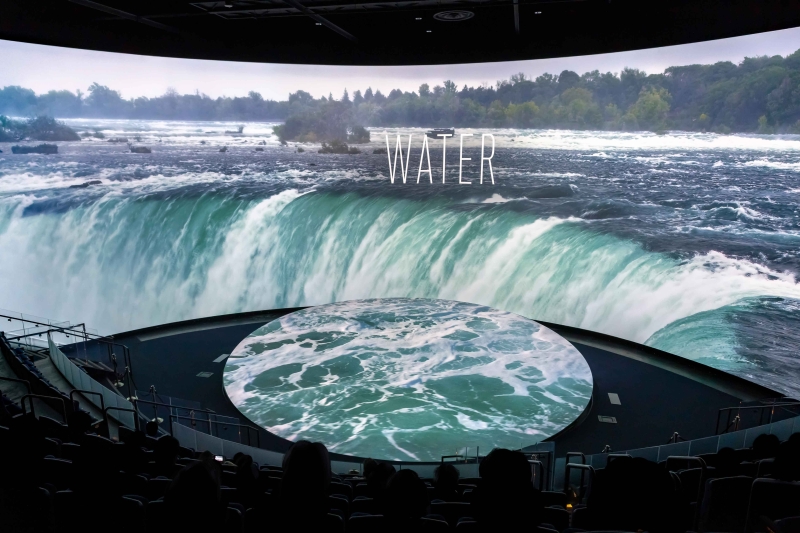 LONG BEACH, Calif.—The Honda Pacific Visions Theater, the centerpiece of the Aquarium of the Pacific's 2019 expansion, was recently outfitted with a Christie RGB pure laser cinema projector. The Christie CP4330-RGB projector allows the Aquarium to showcase a range of content, including DCI-compliant films, and media developed by the Aquarium.

Located in Long Beach, California, the nonprofit Aquarium of the Pacific is Southern California's largest aquarium and the fourth largest aquarium in the United States. The aquarium includes 12,000 animals and over 100 exhibits that celebrate the inhabitants and ecosystems of the Pacific Ocean. In 2019, the aquarium opened Pacific Visions, a 29,000 square foot, two-story expansion that includes an art gallery, orientation gallery, culmination gallery, and the Honda Pacific Visions Theater.

The new theater has over 300 seats and features an immersive 130-foot-wide by 32-foot-tall screen that curves in a 180-degree arc. A 30-foot-diameter disc tilts up from the floor to extend the projection surface. "The goal in designing the theater was to create a unique platform with high-resolution imagery and effects that explores the most pressing environmental issues of our time through films. To expand the uses of the theater, we wanted to be able to showcase cinematic film content, as we have done in the past but in a smaller theater," says Fahria Qader, director of Pacific Visions and architecture, Aquarium of the Pacific.

In early 2020, the Aquarium engaged Associates in Media Engineering (AME) to design, procure and commission a cinema projection solution. The Aquarium specified the requirements of the projection system: to use as much of the immersive screen as possible, implement a noise reduction system to hold the projector, and ensure the projector would be hidden from view when not in use.

Says Benjamin Kidwell Lein, principal, AME, "Over the past few years, we've seen an increased interest in venues looking to integrate distributed cinema content in spaces not traditionally intended for cinematic presentation, including museums, presentation spaces and theaters." AME selected a Christie CP4330-RGB pure laser cinema projector for the Aquarium. Featuring CineLife™ electronics and Real|Laser™ illumination, the CP4330-RGB is a compact, all-in-one DCI-compliant 28,000 lumen projector that excels in image quality and operational lifetime while providing a low cost of ownership.

Having determined that a booth-located projector would not be feasible, AME overcame the challenge of integrating the projector in the audience. Says Lein, "Because the projector was to be located in the audience plenum, we knew we had to enclose the projector to attenuate its operational noise. We specified a "hush" enclosure manufactured by Tempest enclosures." Adding that, "It soon became clear that this assembly would not easily be integrated within the clean lines of the theatre space. It was then that it was decided that the projector and enclosure assembly would need to be suspended from the facility ceiling and brought into position using an articulated projector lift." 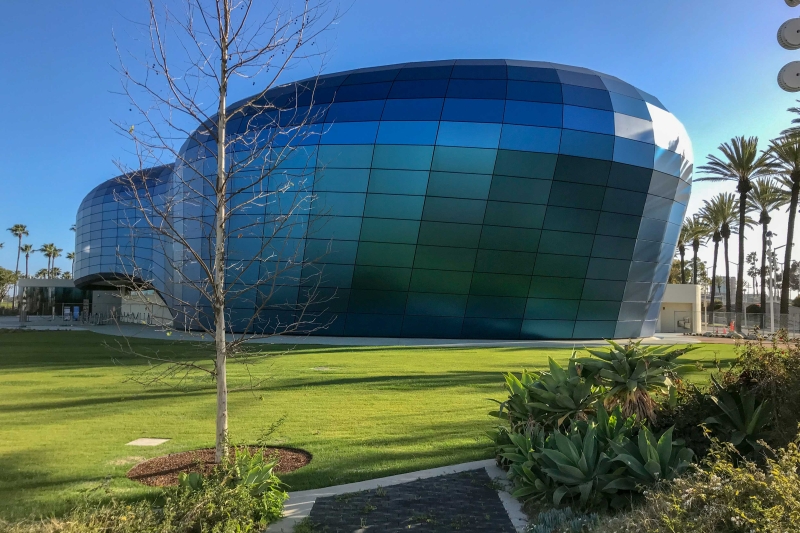 Once the projector lift placement was determined and installed, AME installed the projector and worked with Christie's cinema personnel to ensure DCI compliancy with the correct projection gamut. "We have a long relationship with Christie, and this was the right product for the theater. Its performance is first-rate, and the content looks stunning," says Lein.

"Additional 4-D effects and seat vibration along with seats at a steep rake create an enhanced, immersive viewing experience," says Qader. "We look forward to when we can debut the new projection system to the public. Having this system will enable us to go beyond sharing films created for our specific theater to being able to screen other films in the space." 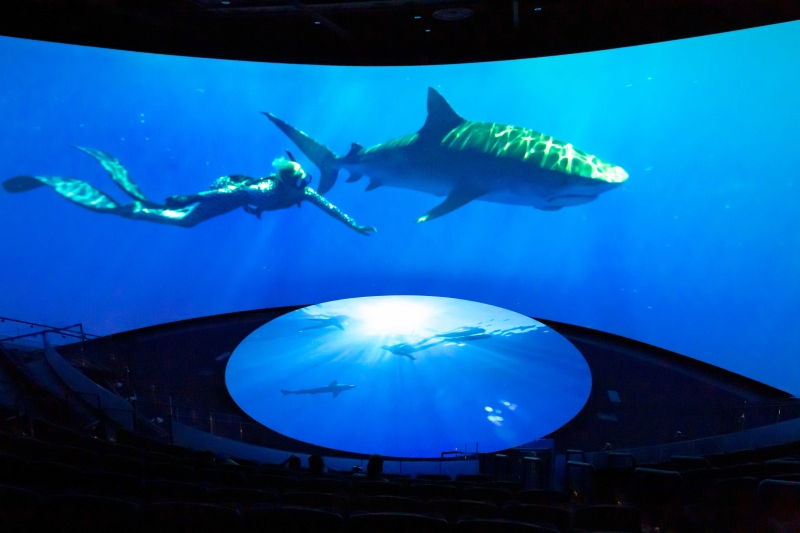 "AME and Christie have enjoyed a long partnership, and this installation is another great example of AME's expertise with unique and noteworthy projects," says Doug Boyer, senior account manager, Christie. "We're thrilled that visitors will soon be able to enjoy a range of on-screen content in the Honda Pacific Visions Theater."