The son et lumiÃ¨re celebrates the life and work of Netaji Subhas Chandra Bose, a nationalist and patriot 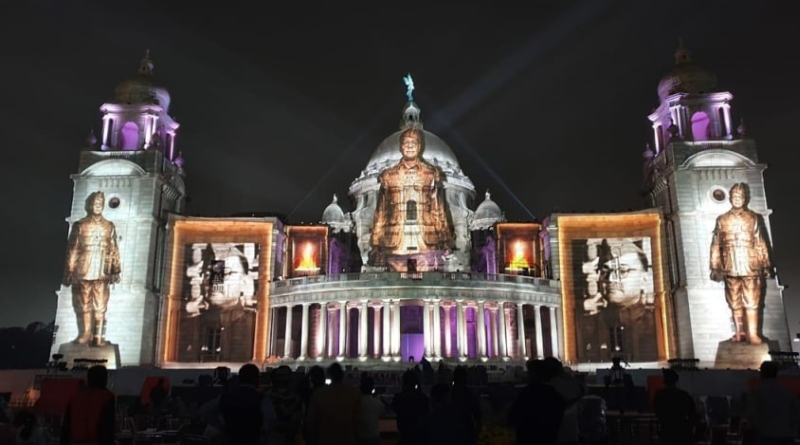 ChristieÂ® Crimson Series 3DLPÂ® laser projectors deployed for an inspirational son et lumiÃ¨re on the faÃ§ade of Victoria Memorial in Kolkata are mesmerizing guests with spectacular visuals that celebrate the life and work of Indian nationalist and freedom fighter, Netaji Subhas Chandra Bose. Inaugurated by Indian Prime Minister Narendra Modi on January 23, the grand spectacle is widely considered to be an amazing achievement, having been put together under five days to mark the 125th birth anniversary of Bose, widely known by his honorific "Netaji", or "respected leader" in Hindi. With its flamboyant images and rousing soundtrack, the show is a fitting tribute to Netaji, who made extraordinary contributions to the nation's freedom struggle. The Indian government has also announced that Netaji's birthday will be celebrated on January 23 every year as "Parakram Diwas", so as to inspire its citizens to act with fortitude in the face of adversity, and to infuse in them a spirit of patriotic fervor. 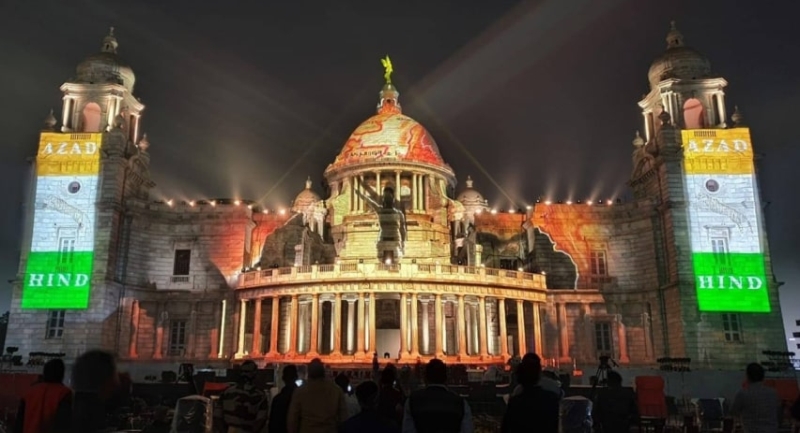 "We are honored to be involved in the creation and execution of this son et lumiÃ¨re to honor and remember Netaji's indomitable spirit and selfless service to the country as we commemorate his 125th birth anniversary," said Himanshu Sabharwal, Chief Creative Officer, Tricolor India Schauspiel. "These are exemplified in the projected contents that we have meticulously put together. Even though we had a very short lead time, I'm heartened that our years of knowledge and experience in delivering large-scale projects have served us well to successfully bring this show to fruition."

Davinder Wadhwa, Managing Director, Modern Stage Services, added, "Since this is a permanent installation, we needed a high brightness, high performance and dependable projection system that's rugged and able to provide years of reliable and virtually maintenance-free operation. Christie's Crimson Series laser projectors immediately come to mind since they meet the requirements and have an excellent track record in India. In our opinion, the Crimson Series is best-suited to deliver the visuals for this major outdoor spectacle."

The Crimson Series was ultimately chosen as the client was highly impressed with Christie's 3DLPÂ® projection systems, which consistently offers better light efficiency and color control in comparison to any other projection technology. For the inauguration, the eight Crimson Series projectors were fitted on scaffolds erected directly across Victoria Memorial to deliver optimal visuals. The long-term plan is to house all projectors in outdoor enclosures to protect them from inclement weather.

Michael Bosworth, Executive Vice President, Enterprise, Christie, commented, "We are delighted that the Christie Crimson Series has been chosen to illuminate Victoria Memorial for this impressive light and sound show that honors one of India's most beloved national heroes. My heartiest congratulations to Himanshu and Davinder's highly proficient teams for completing a remarkable installation in less than five days and yet deliver a highly engaging spectacle that the whole of India can be proud of." 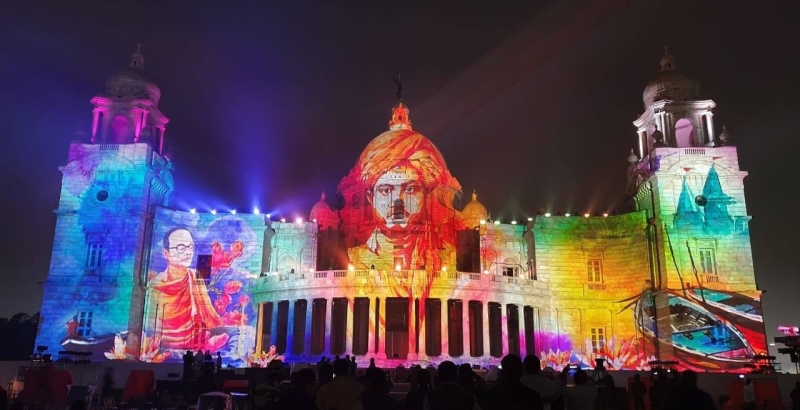 Designed with both fixed and live events stagers in mind, the Christie Crimson Series is built-tough and is easy to ship, handle and install thanks to its compact form factor, quiet operation and 360-degree orientation. With its long-lasting brightness (20,000 hours of long life light), rock-solid reliability, TruLife Electronics, and BoldColor Technology, the Crimson Series combines the best in solid-state illumination with the brightness and color that's ideal for use in large venues, live events and high-usage environments.