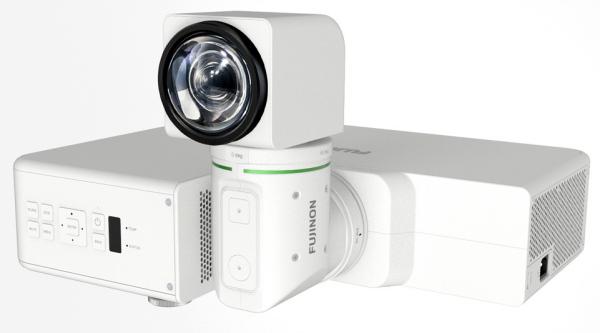 From Fujifilm — The world's first folded two-axial rotatable lens is adopted. Just by switching the lens up and down, left and right, or front and back without rotating the unit, the projection can be achieved in all directions. Under the simple rotation of the lens, the vertical portrait projection can also be realized. The position of the projected image can be adjusted within a wide range of Â±82% vertically and Â±35% horizontally (in 16:9 transverse projection). At the same time, a memory function is equipped to memorize the lens position corresponding to each direction of all 22 instration patterns.

Our Best of the Year Award honorees are culled from all products reviewed or evaluated in a given year and recognize unusual innovation, performance, build quality, or value. Read More

Projector Placement
For a diagonal screen, place the projector lens between 2'-5" and 2'-8" from the screen.