Hisense has formally announced availability of the L9G Laser TV, a model first debuted at the virtual CES 2021 and a new companion to its existing single-laser 100L5F and 120L5F. The L9G uses a 0.47-inch DLP chipset for 4K (3840x2160) resolution and improves on past Hisense Laser TV models, including the now discontinued dual-laser 100L10E and 120L10E, by adding yet another laser to its light source engine. This tri-laser system, dubbed TriChroma, uses red, green, and blue lasers to achieve 107% coverage of the BT.2020 color space—far exceeding the 76% BT.2020 coverage of the L10E series.

The tri-laser system is said to allow the L9G to pair high brightness with the wide color gamut. The projector offers a rated light output of 3,000 lumens and 1,000,000:1 dynamic contrast ratio. The light source will last up to 25,000 hours. Both HDR10 and HLG formats are supported this time around (HLG was absent from the L10 Series) as well as Filmmaker Mode. 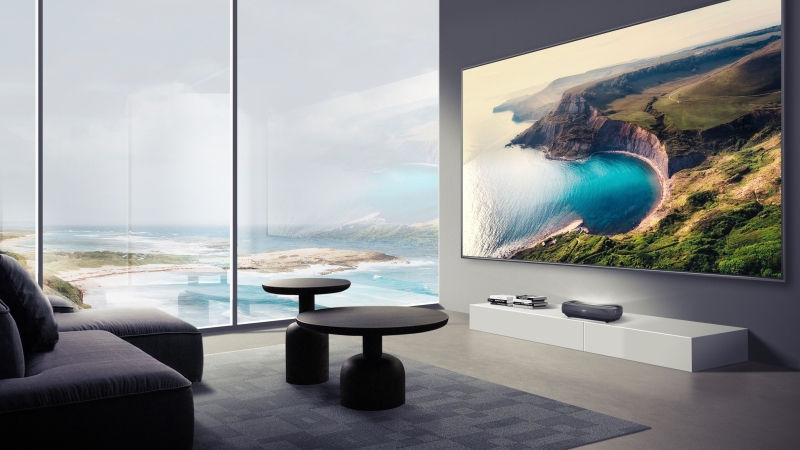 The sound system has been beefed up too, as the built-in speakers are now 40 watts and support Dolby Atmos. One of the HDMI 2.1 inputs (there are two) supports eARC if you want to output sound from the Android TV streaming OS to a surround speaker setup. There's also an additional HDMI 2.0, two USB (one 3.0 and one 2.0), digital audio optical out, 3.5 mm analog audio out, plus RF antenna and Ethernet ports. The system is also WiSA-ready for wireless connection to WiSA compliant speakers.

Like the previous laser TV series, the L9G is available with two different ALR (Ambient Light Rejecting) screen sizes—100 inch and 120 inch. At the 100-inch size, the L9G can be packaged with either a 0.4 gain ALR Cinema Screen that allows better color accuracy and viewing angles and is said to perform better in dim settings, or a 1.2 gain ALR Daylight Screen that offers better light rejection capabilities. The 120 inch size is only available with the ALR Cinema Screen option. 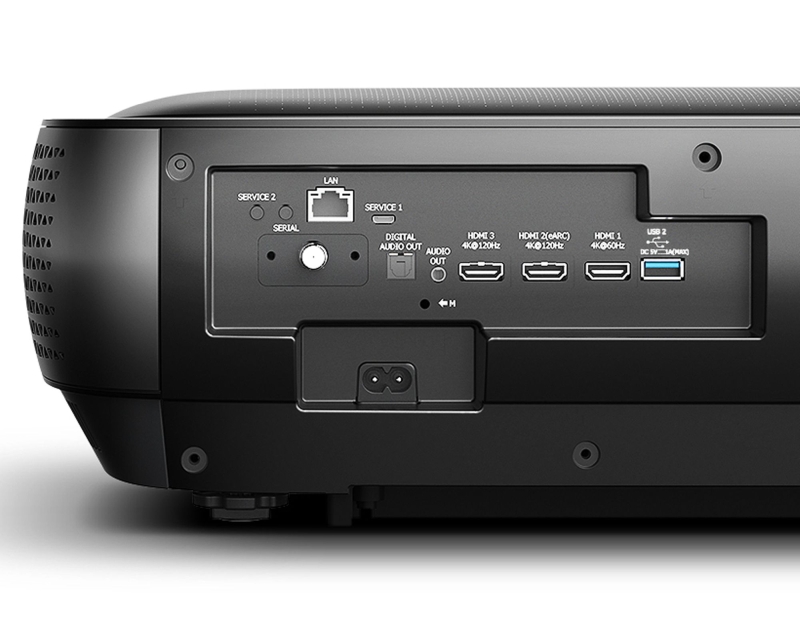