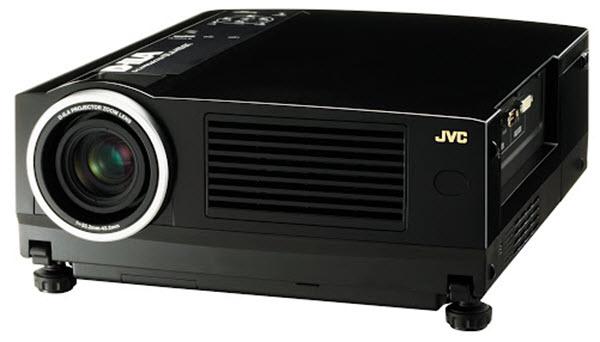 I was one of those people who paid $30,000 and then overnite it dropped to $20,000 and yes, I was extremley P****d. Bring it down in increments boys and I wouldnt have felt so bad but overnight like that just isnt right. This is the first projector I have owned so I dont know what it compares to except for my local sports bar so obviously It blow that away. I wanted to watch TV everyday as if I were at the movies and this does the job perfectley. I have a 140' screen and mostly watch HDTV as after seeing TV that way theres not other way you want to watch it. If I can get 12 years out of it I will be happy I guess but its still hard to swallow that $10,000 drop..... I must have been the last to pay the $30,000.

Any Problems: None (that I know of) except that it says it up converts all signals to 1080p but certainley doesnt look that way when watching a regular 480 tv signal. I know it wont look as good as 1080 but the picture is less tha half as good in this format...I'm sure its that my screen is too big for this size signal

Couple of things to get straight about this particular JVC DLA-HD2K. First off, do you know that this projector was MSRP'd at $29,999 for like a year and a half after its introduction? Then, all of a sudden, in August 2005, I see on the JVC PRO web site that the MSRP for this projector has been dropped unceremoniously by a whopping ten grands overnight! It is now listed at $19,999. Makes one wonder, hmmm? I don't know about you, but I would be a little bit ticked off at JVC if I purchased this machine for a cool $10K more last month than any bloke or gal can but it for this month. Next, even the technoguru reviewers here failed to mention the little bit of news about the HD2K's measily ANSI Lumens output. This is apparently a closely guarded secret by JVC. Nowhere in product literature, not even in this specific product's technical specifications data sheet, is the brightness levele mentioned or listed! Very very strange, very very suspicious. I think it can do only 800 or so ANSI Lumens, which is really grotesque for any projector recently priced at $30,000. Shoot, the little CANON Realis sx50 also uses LCOS technology like this JVC, but can output 2,500 Lumens. Well, at least 2,100... ;~)) There is no excuse for any projector manufacturer for not listing the light output of its unit... unless they are embarrassed for some reason or hiding something... With respect to the separate interface box that JVC lauds as the next ceiling wax, this makes no sense to me. Just more cabling and stuff. The inerface panel on the external box is okay... until you look at the interface panel on the back side of a $3,499 DELL 5100 SGA PLUS resolution projector, which was launched by DELL on August 24, 2005. Well... let's just say that it puts the now $19,999 MSRP'd JVC's interface I/O connection options to shame. Forget about hooking up a simple NTSC/PAL VTR deck or one NTSC and one PAL DVD players and think that you can just switch between NTSC and PAL and watch the results. This machine does not understand the difference between 50 and 60 Hertz refresh rates -- you have to tell it, like a dummkopf, via a remote menu input. That is really an uncalled for nuisance these days. All in all... certainly a projector to conider in the current 2K rez line-up... but if you wait another four to six months, I bet there will be someone out with a 1920 x 1080 rez'd unit for around $10K. And maybe even with a certified light output exceeding the "magical" 1,000 ANSI lumens level... :~))

I've logged about 100 hrs so far viewing a William Phelps Optimized HD2K with color correction filter (30% lower black level and higher CR). This projector not only blows me away but I get just as excited watching it now as when I first began viewing it. The HD2K delivers the absolute best performance in a digital projector currently available and this includes a slight edge over the Sony Qualia 004 (the HD2K is sharper, has faster panel speed and better shading out of the box than the Qualia). What William Phelps then does to these things has got to be seen to be believed. Accurate D65 colorimetry to 3 decimal places across the entire luminance range down to 5 IRE or so! Custom gamma curves for both NTSC and ATSC (and another two for the CC filter option). All of this combined with his new shading tool delivers the smoothest, most detailed image that I've ever seen from any display technology. There is no hint that the image being generated is from a digital projector. The edge to edge uniformity of the image is really striking. As an example I took 9 light meter readings at 40 IRE across the screen which includes the center and extreme edges. There was only a 3% (.04 foot candle!) deviation between the readings. The softness and smoothness that this creates combined with the amazing resolving power of 1080p has yielded a whole new criteria (at least for me) for judging picture quality. The image this thing throws is liquid and at times (with the right source material) provides a sense of 3D realism that has to be seen to be believed. Displaying the HDNet sharpness test pattern really shows off the edge to edge uniformity. The limit of resolution (by far) is in the source image itself. The image is rock solid, stable and exactly the same in every respect in the extreme edges as the center. Similarly, displaying an alternating 1 pixel wide vertical bar test pattern yields no artifacts whatsoever. No moire patterns are visible and no smudging between adjacent pixels. A Phelps optimized HD2K and the Faroudja 1080p projector have for the first time pushed the CRT vs Digital debate into new territory and the debate is likely to get very intense. The HD2K will outperform a CRT in every important pictue quality category with the sole exception of black level. Even still, the blacks on this projector (with CC filter option) are really very good and are capable of resolving differences in source black level at times. In fact a black level test pattern that displays 1 IRE increments clearly show blacks that extend below 5 IRE (PC levels). Even still however, the projector is not capable of displaying perfect 0 IRE blacks. This is where the CRT side of the controversy will focus their energies. Overall this combination of outstanding HW and Phelps Optimization yields an image that has me amazed each time I sit down and view it. The simultaneous combination of sharpness and smoothness with rich vibrant coloration that is spot on in every scene is something that I've not seen before and which has me very excited.

Picture is very CRT-Like, and the overall result is stunning. Hooked the projector to a Denon 3910 DVD player (DVI) and to an european HDTV satellite receiver (DVI). The projector is pitiless with badly-encoded DVDs. And makes good DVDs justice. The result with HD is just the best I was given to see.

Any Problems: When switching from NTSC to PAL material, one has to bring the projector menu and switch from 60p to 50p. This is awkward.

Any Problems: Bundled Faroudja does not do proper 1080i->1080p and had noisy SD analogue in. Calibrating gray scale is difficult since it requires gamma manipulation of RGB. Out of the box is not calibrated well enough. No support of frames rates beyond 50 and 60 Hz.

Absolutely Blown Away. By far the best projector I have seen (for the home). Unbelievably, it fits into a package that weighs just 13 pounds! This has made it easy to install in my room - other products in this category (such as the Qualia) weigh 60 and 70 pounds - is there any excuse? The picture is stunning and, more importantly, VERY fast. Wathcing action scenes on an LCD projector is very trying, as the panels cannot move fast enough and causes jerking and flickering. NOT SO WITH THIS DILA. Very fast. Contrast ratio is huge, and the colors are massive. The separate Faroudja Scaler is based on their 1010, which uses the FLI2300 chip, their latest. This means that it handles PAL sources just as adroitly as NTSC. In fact, when watching DVD sources, I prefer to put on a PAL disc because it has a lot more detail and scales fabulously to HiDef. With DVHS and HiDef tapes... well... I've brought a cinema home, there's no other way to describe it. I have been to the shows, seen all the rivals, this JVC is the best. Caveat - there are obviously a few 3 chip DLP projectors that can beat the light output and match the contrast, but NONE are true HiDef 1920x1080 yet. And I feel the colors on this JVC are better. The projector outputs (and accepts) strictly a progressive image only. The Faroudja Scaler converts everything input to a progressive image (all 1080i sources are converted - beautifully - to 1080p). For best results only feed this scaler original interlaced sources, as it does a far better job than any on-board deinterlacers you might have.

Any Problems: Only had one problem, which cost me some setup time and made me worry that the unit was bad (until I figured it out). Whatever source you put into the Faroudja scaler, will generate the timing for the output. In other words, if you feed a PAL signal in (50hz) the scaler will feed 50 hz to the projector. Trouble is, the projector will not automatically detect the rate and change its own timing. You must press the remote and choose 50 hz. I kept getting "Out of Range" errors on the projector till I figured this out. I consider this very minor, in the big picture. Also, I wish the scaler had an SDI input or two.

I have been using the HD2K for about one month now and I am still blown away with the absolute realism that it provides. I am using a Da-Lite 159" diagonal HDTV screen in a fixed mount. The projector is much quieter than others in its class due to it does not have all the electronics on board but in a sleek seperate unit. JVC's DILA chips are much better than anything else I have experienced. There is no flicker, ghosting, or rainbow like single chip dlp. I would recommend this projector over ones twice its price. Only projectors that I feel even compete cost 100K or more making this projector an absolute steal.