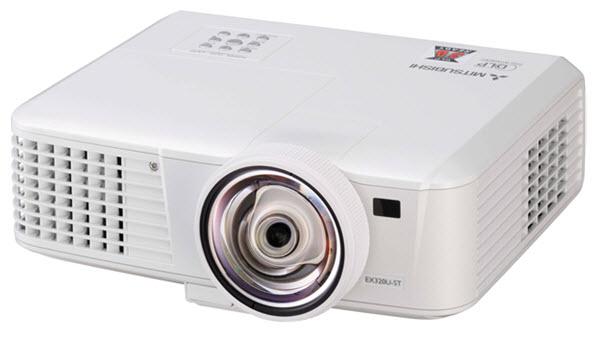 From Mitsubishi —   Using a projector in small meetings rooms used to be difficult due to insufficient projection distance. Not any more! The EX320U-ST requires a mere 74cm for a projection of a clear, easy-to-read screen image approximately the size of a 60- inch whiteboard. It can be set on the edge of a tabletop, eliminating the loss of workspace commonly caused by the need to clear a path for the projection light.