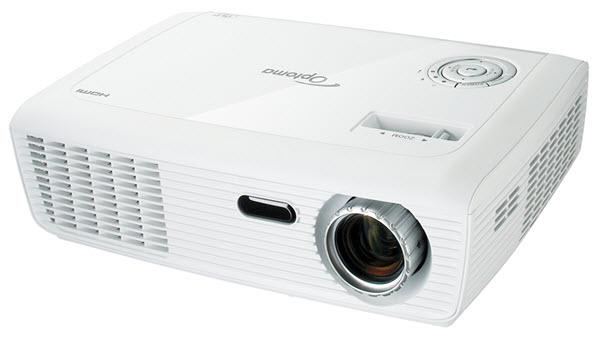 Illinois Schools Bring 3D to Life in the Classroom

In a Rock Island, Ill., science classroom, students slip on special 3D glasses as their teacher begins a lesson on the anatomy of the inner ear. A three dimensional image of the human ear is projected on the screen at the front of the classroom and the teacher "disassembles" the components. Students reach out into the air to try to touch the hammer, anvil, and stirrup as they seemingly float out in front of them. This is just one of the lessons research group JTM Concepts used to gather information about the use of 3D curriculum in the classroom. When the project first began, one of the researchers with JTM Concepts was apprehensive. "I just thought the kids aren't going to go for this; they're so used to their gaming," she said. "But they did. They just love it. In fact, they wanted to see chemistry, they wanted to see math." After conducting dozens of lessons in 3D, using 3D-Ready projectors with Texas Instruments' DLP technology, the JTM team found that in this environment the students paid rapt attention throughout the class, allowing teachers to cover more material in less time than ever before. Students with learning and attention challenges fully absorbed the material and all of the students achieved significant increases in their test scores.

As 3D projection technology evolves from intriguing novelty to a mass-market phenomenon in primary and secondary schools, educators are evaluating the value of this kind of learning in terms of the curricula/lessons available and the measurable and meaningful impact on education outcomes. In Illinois, thanks to grant funding and successful pilot programs, tens of thousands of students are on track to learn from dozens of 3D simulations. The results? Dramatically increased test scores and an enhanced learning experience.

From the earliest days of the Classroom Cubed program - initiated by JTM Concepts - the excitement and enthusiasm for 3D learning has been a hallmark. According to Tracey Masamoto, director for JTM, 3D has a transformative effect. "The first simulation we developed was on the inner ear for a high school science class," she said, "and we had three teachers deliver that lesson in combined sessions with up to 60 students in the library. The first comment from the teachers was that there wasn't one discipline issue - which amazed them. And the second thing they noted was that every student passed the exam, which was unheard of. We knew we were onto something good at that point and wanted to develop and prove our ideas further."

In the next, more-formal phase, a Rock Island School District high school teacher delivered a ninth-grade-level lesson in earth science to four sixth-grade classes in the district. Two of the classes were demographically representative of the district and two others were comprised of 99 percent low-income students. The lesson, which normally requires two to three class periods to complete, was taught in just one class period.

According to Masamoto, the test results were astounding. "The delta between pre- and post-lesson tests was huge," she said. "In the first school, the control group test scores increased 9.7 percent. But the group that received its lesson in 3D saw a 35 percent increase. And in the second school with low-income students, the score improvements were 9.7 percent for the control group and 23 percent for students who received the 3D lesson. These kinds of test score improvements are unheard of."

The students were impressed too. "It's kind of like you're stepping in to the picture," said one student after experiencing a lesson in 3D. Another one commented about how it helped during exams saying, "You can play the picture back in your mind . . . when you're taking a test."

A District-Wide Test for 3D

JTM and the Rock Island School District were eager to demonstrate the value of 3D curricula on a wider basis. The goal of this broader test, managed by a consultant from Western Illinois University, was to generate data that would be accepted by the state as the basis of future grants to expand the deployment of 3D lessons statewide. An expanded test could also prove the value of the 3D approach to justifiably skeptical educators. Together, they developed and delivered a simulation and lesson on computing the volume of complex shapes for students in grades 3-6 across the Rock Island School District. More than 1,000 students - from all demographics, including students with IEPs (Individual Educational Plan or Special Ed) - received the 3D lesson, which took place in one class period.

The overall average gain between a pre-test and post-test was 32 percent - roughly the same impressive gains found in the initial study. In addition, the data was segmented into various subgroups such as socioeconomic status, IEP, ethnicity, male/female, and math ISAT scores. All groups showed gains from 29-35 percent. The largest difference was in the male/female group, where the males' average scores increased by 29 percent, while females' scores increased 35 percent. These results show that the Classroom3Â® simulations successfully equalized the achievement gains of all subgroups.

"This was a dramatic difference - for both our teachers and students," said Rick Loy, superintendent of schools for the Rock Island School District. "The improvements were significant and frankly, amazing, compared to traditional textbook methods. At RISD, our goal is to continue to make the technology easy to use - making things smaller, simpler, and less expensive - and we're seeing good progress there. We're seeing dozens of 3D lessons - everything from geometry to frog dissection. And as our teachers see greater simplicity and more lessons and excellent outcomes, they're getting even more enthusiastic about using 3D in their classrooms."

A State-Wide Roll Out Begins

The next step for the Classroom Cubed Initiative is to roll out the technology across the state under the auspices of Illinois' 48 Regional Offices of Education (ROEs). Clayton Naylor, program coordinator for the Rock Island County ROE, is charged with overseeing this statewide deployment among his peer ROEs. Along with a couple of trainers and JTM developers, Naylor will train 20 teachers in each of the state's 48 regions, providing all with resources, software, manuals, and instruction on how to integrate the 3D lessons within their schools' curricula. "Our goal is to build a critical mass of enthusiasm among faculty statewide," he said. "We'll have hundreds of teachers receiving in-depth, day-long training this year. And they'll be able to return to their schools and share that information with their colleagues. We're hoping that in a year's time, dozens of 3D lessons will be available to millions of students across our state."

3D learning presents an unprecedented educational opportunity. "The 3D lessons bring an excitement to the classroom that is palpable," Masamoto said. "You can see the excitement in the children. They're all paying attention, not talking about their lunches or after-school activities. They're engaged and reaching into the air to grab objects. When you talk to them about what they just saw, they can immediately tell you what they just learned. Virtually any teacher will tell you, on a regular day that just doesn't happen."Masamoto added, "I think that 3D lessons can help us reach many more students with different visual learning styles. One teacher showed me some post-lesson questionnaires and noted the enthusiasm from her ADD/ADHD students. One wrote, 'If I could learn everything this way, my grades would go from F's to A pluses.' As we continue to evolve and improve this method of teaching, I think it becomes apparent that we can really improve the effectiveness of education and respond to a wider variety of students."