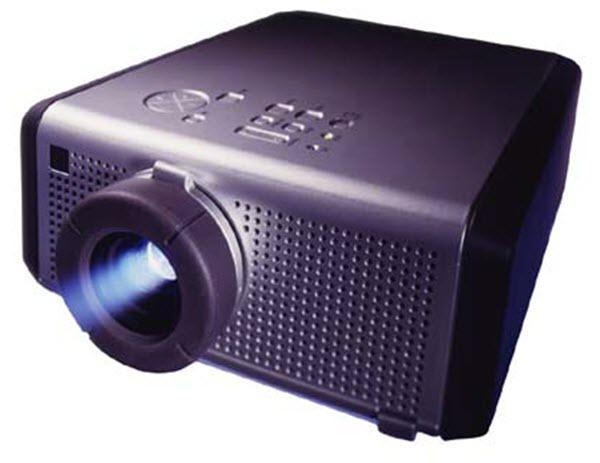 blown lamp i think can you tell if the lamp is shot it look ok no burn marks . when i turn it on its all grainy and starts to roll it was doing this foe some time then come on nice to watch all ok when turn it of no good again if ya no whats worg with it please tell me thanks shane

Any Problems: blown lamp i think can you tell if the lamp is shot it look ok no burn marks . when i turn it on its all grainy and starts to roll it was doing this foe some time then come on nice to watch all ok when turn it of no good again if ya no whats worg with it please tell me thanks shane

I brought mine with 500 hours worth of lamp life used up for 200 pounds sterlings, being ex-corporate it was in excellent condition, the picture quality is very high, handle DVD's no problem, VCR varies on the quality of the tape in question, alright for my X-box too

Any Problems: Only two, the fan staying on five minutes after shutting down can be irritating and it is incompatible with anything that pumps out a 60hz signal, as this signal didn't exist when it was made that really isn't it's fault!

I bought this projector off someone else earlier in the year. My experience with this projector was overall great. Good, clear picture easy to use and fun to work with. As time passed and 3500 hours went, the bulb blew and the picture started to go yellow and double sighted. I got a good 3500 hours out of it which is inpressive for a high quilty projector from the 90's! This really is a great projector and definatly up to todays standards, picture wise.

Any Problems: Only that it got hot sometimes and would have to cool down in the middle of a movie.

it was given to me because the focus went on it and it cost more to fix it than buy a new one. 54 hours on the bulb..... does anyone have a repair manual? maybe it was good 6 years ago, free its ok.

Any Problems: see above

Its a bit long cooldown time. It could be a bit annoying in the evenings when you try to sleep directly after a movie, but its ok!

Any Problems: No problems at all.

I purchased this machine in 2000, I'd like to say its done me well but it really hasn't! Picture quality (when first purchased) was brilliant, every slightest detail was visible and contrast was satisfactory. A year on, it became worse (thanks to the very non-filtering air filters that this projector employs) it became very dusty on both the prism and LCD's. I would not recommend opening up this machine unless you are confident with electronics, the design internally truly is a nightmare. It is very inaccessible and almost the entire casing must be removed before you have access to any mainboards. Despite this I managed to get it going again with a can of compressed air to clean out the prism and LCD's (make sure you do not use a can that contains any water, as the vapour will make things far worse). After this process, a year later, the projector developed a sync failure and would not sync any picture on any inputs and would also roll the OSD menus! Philips support was the worst I had ever encountered, just 3 years on from this projectors creation they decided that it was unsupported, which I think is discraceful. They gave absolutely no support to me after 3 emails and a written letter to the head office! ... nothing, not a word. They replied after a very heavy complaint and me contacting trading standards, but they did not come up with anything remotely helpful or worthwhile. Anyway, a nice machine picture wise, it has all the features you would need (except 16:9 scan maybe). Just watch out, because Philips are not as helpful as you would think!

Any Problems: Many.. Poor air filter. Lamp de-silvering after only a few hundred hours. Ballast not igniting lamp properly. Very inaccessible electronics. Lamp control/system microcontroller flaky. I'd like to hope that this was just a manufacturing fault on my machine, as my work does have a few of these that seem to be working fine (although, they don't get much use). If your hopper works fine, please ignore my rants, but I personally did not enjoy the experience of owning this machine!

Very happy with picture but big problems with maintenance

Any Problems: Bulb blew after only 600 hrs ( they stated that they would last min 2000 hrs ) Red LCD panel went after about 800 hours - $1400.00 !! Many problems with startup and switching off in the middle of a movie. Currently in for repair again.