Projection Expo Best of Show honorees were selected by ProjectorCentral's editorial staff after analyzing show entries for criteria that included:

Projection Expo 2021 Best of Show Award winners are shown below. You can learn more about the winning products by visiting the linked Projection Expo booths, which are now open to the public with no registration required. For an interactive virtual booth map providing access to all Projection Expo 2021 exhibitors, visit www.projectionexpo.com. 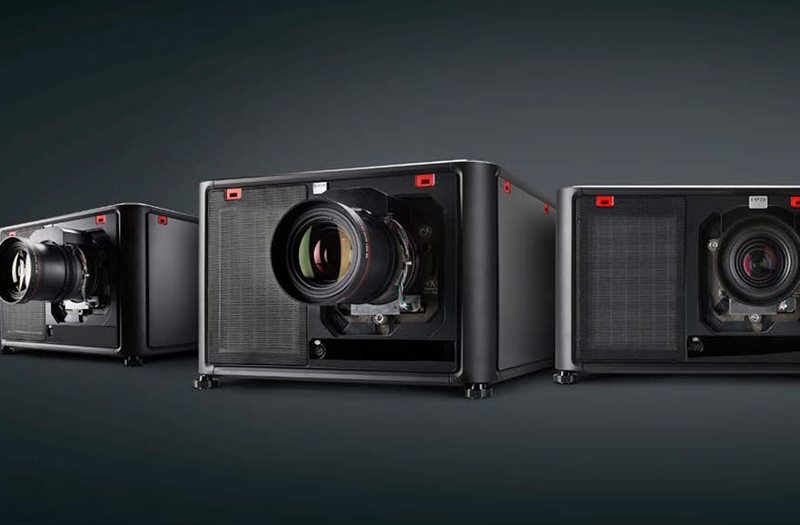 Barco took its time getting to the 20,000-lumen large-venue market but has arrived with a bang with this five-model series that covers 15,000 to 22,000 lumens in both WUXGA and 4K resolutions. The single-chip DLP projectors offer a laser-phosphor light source along with Barco's usual ultra-rugged build quality, but also something new: they're touted as the world's first IOT projectors thanks to a phone chip that ships with the projector and connects it to the cloud to allow wireless monitoring of entire fleets via the company's Projector Management Suite software. Three different levels of service are offered, each offering a deeper look into the projector's vitals or early warnings to flag irregularities in the field. Visit the Barco Projection Expo 2021 booth. 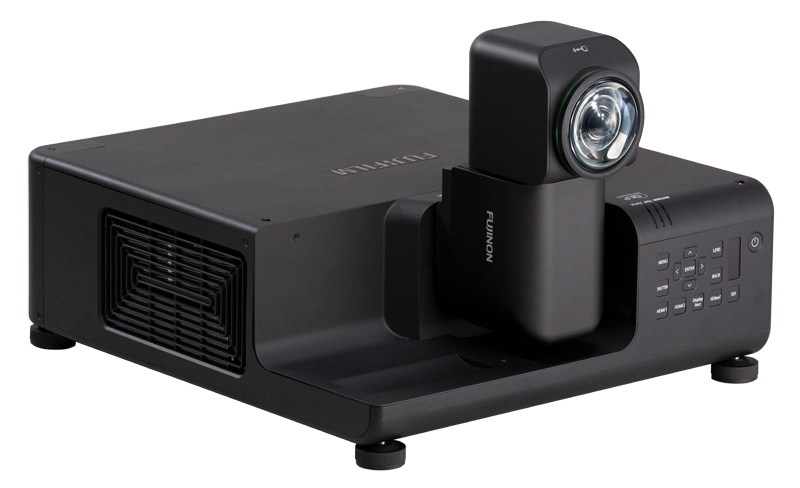 As remarkable as 2020's FP-Z5000 was for the being the world's first UST laser projector with a rotatable, multi-axis lens, the new Fujifilm FP-Z8000 ups the game by bumping brightness from 5,000 to 8,000 lumens and adding a variety of refinements including more accurate color with wider gamut, built-in edge-blending and warping, HDBaseT connectivity, and other features that will extend the Z Series's reach into a wider variety of high ambient light environments. Of course, it features the same amazing lens, which allows the projector to be configured in any of 12 orientations and offers industry-leading lens shift to allow projection from previously unattainable locations. Visit the FujiFilm Projection Expo 2021 booth. 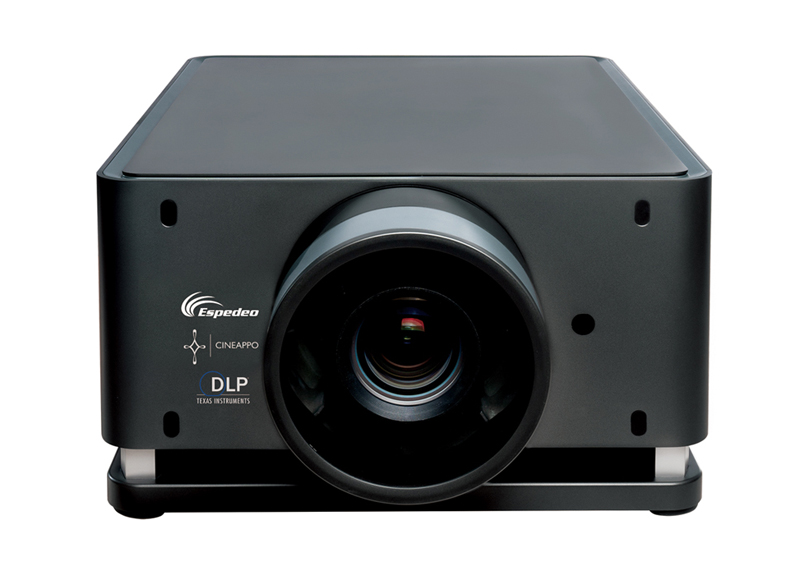 There's nothing out there that's quite like GDC's Espedeo Supra-5000, a 5,000-lumen, 2K-resolution laser projector that distinguishes itself in both the cinema and high-end home theater worlds by coming equipped with all the internals to play the first-run, copy-protected Digital Cinema Initiative (DCI) packaged content hosted by your local movie theater. Along with achieving full DCI-P3 color gamut, the Supra-5000 is built on a compact chassis and designed for quiet operation (less than 35dbA) for mounting directly inside mini-theaters, screening rooms, yachts, or other confined spaces. It's all made possible by GDC's proprietary tech that integrates a DCI-compliant media server, integrated cinema processor, and DMD formatter board on one circuit card. Visit the GDC Technology Projection Expo 2021 booth. 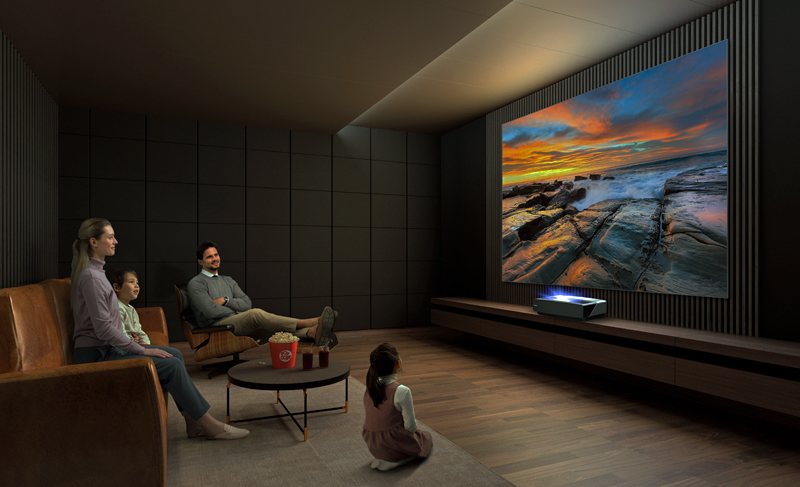 Hisense was an early pioneer of laser-driven living-room UST projectors here in the U.S., and its latest generation L5 Series offers thoughtful feature content, polished design, and attractive pricing. The same projector ships with an included 100- or 120-inch ambient-light-rejecting screen—a critical element that allows it to live up to its promise as a true TV replacement. A single blue-laser-plus-phosphor light engine offers 2,700 ANSI lumens of brightness and a 25,000-hour life, 5,000 hours longer than most competitors. Creature comforts include a respectable integrated sound system with dbx-TV processing, and the excellent Android-based Google TV streaming platform that also features full access to Netflix, a big omission from many projectors that use the same platform. Visit the Hisense Projection Expo 2021 booth.

JMGO (pronounced "jim-go") is new to the U.S., but their upcoming the O1 and O1 Pro living-room UST projectors should get them noticed. These use an LED light engine instead of laser, which means less brightness (800 and 1250 ANSI lumens, respectively) but also attractive pricing, expected to be $999 or less for the O1 and $1,599 or less for the O1 Pro. Both models offer sophisticated features, including sensors and algorithims that optimize image quality by doing things like reading the color temperature of your wall and correcting the color accordingly. Along with its brighter output, the O1 Pro features optics by famed lens-maker Leica. Both projectors also boast sound by respected speaker brand Dynaudio. Visit the JMGO Projection Expo 2021 booth. 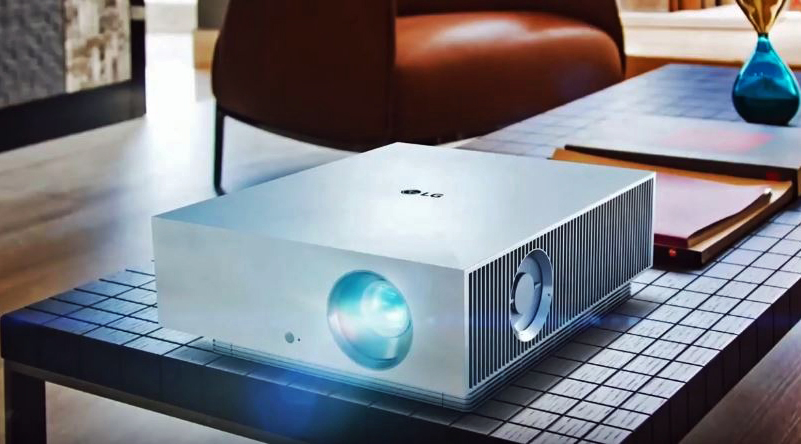 Our recent review of LG's HU810PW resulted in our rare Editor's Choice award, and this projector distinguished itself again at Projection Expo 2021. At less than $3,000, the HU810 is the first long-throw 4K home theater laser projector to offer serious performance at a truly affordable price. Along with essentially accurate out-of-box color with wide gamut (97% DCI-P3) in its best picture modes, LG's well-functioning dynamic HDR tone-mapping brings set-and-forget convenience to watching HDR from discs or the projector's own integrated webOS streaming platform. All in all, the HU810PW and its nearly identical sister model AU810PB represent an impressive technological achievement. Visit the LG Electronics Projection Expo 2021 booth. 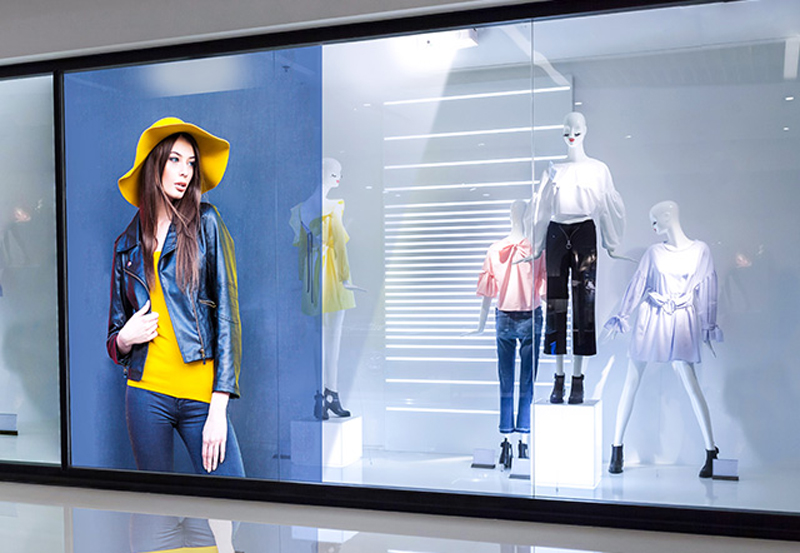 "Smart" window film that uses liquid-crystal technology to allow transparency or block light with the flip of a switch has been around for a while. What's new here is how Sharp/NEC has applied it to turn-key digital signage solutions that take advantage of the company's projectors to create eye-catching displays for retail, museums, and other environments. The systems employ Avery Dennison's VELA window film, which can be made to switch from a see-through window to an opaque rear projection screen at will. ActiveScene ships with everything needed including the film; an appropriate NEC projector, lens and mount for the application; a VELA-compliant controller; a media player; and some basic software to manage the content. Visit the Sharp/NEC Projection Expo 2021 booth. 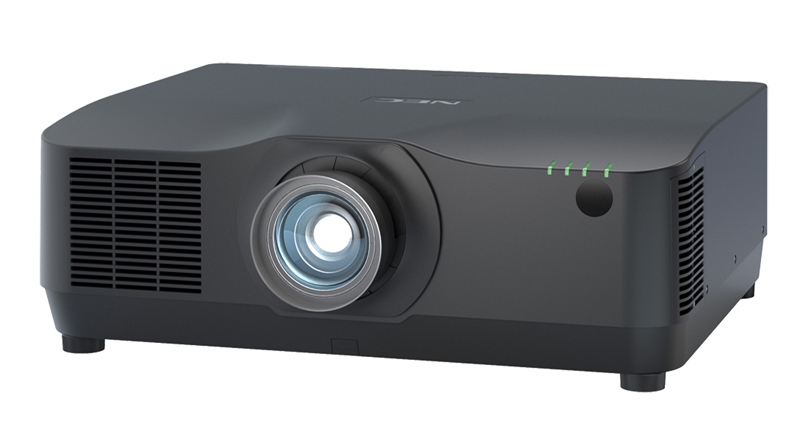 Along with being one of our Best of Show recipients here, we recognized the Sharp/NEC PA-1004UL in our 2020 Best of the Year Awards for overall value, compact form factor, and low noise (35 dB) within its 10,000 lumen, WUXGA, 3LCD product class. A generous 5-year warranty doesn't hurt either. Visit the Sharp/NEC Projection Expo 2021 booth. 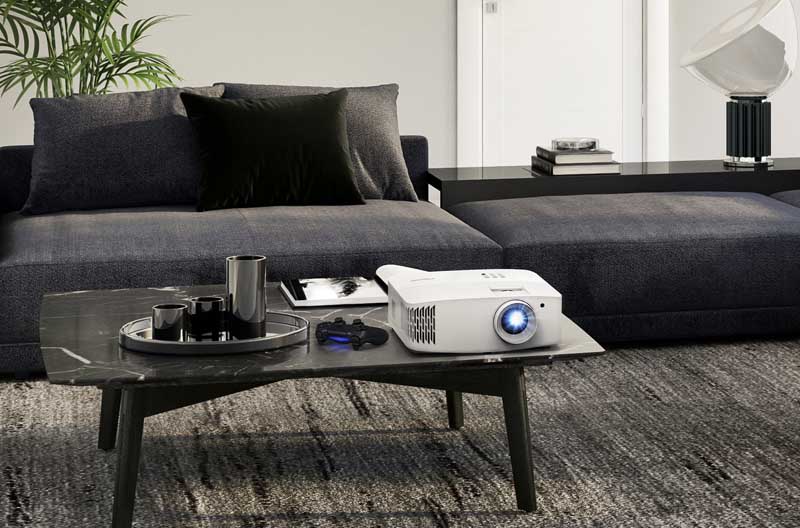 Optoma's UHD35 is one of a brand new generation of 4K DLP home theater projectors that tout high brightness for moderate ambient light viewing along with input lag as low as 16 ms for 4K games at 60 Hz, or even 4.2 ms with 1080p/240 Hz signals from a PC. Our recent product evaluation also revealed good image quality for movies and TV binge-watching at its discounted $1,299 street price. Visit the Optoma Projection Expo 2021 booth. 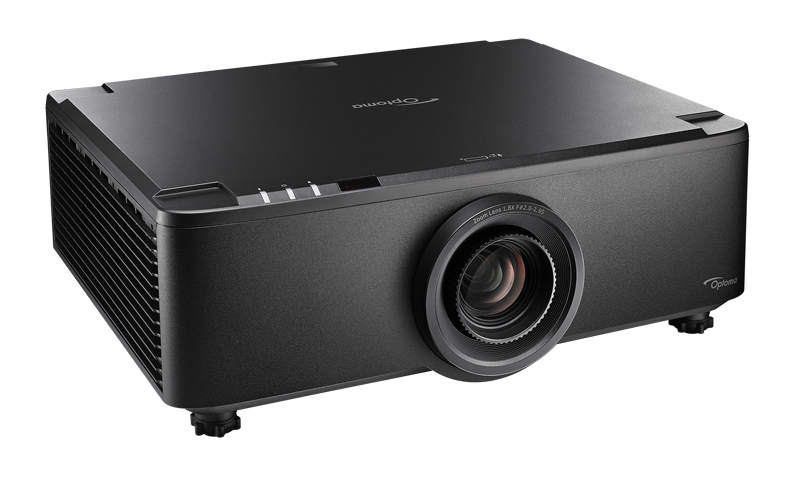 We recognized this projector in our 2020 Best of the Year Awards for being the first 7,500 lumen, large-venue laser projector with a permanently-attached zoom lens. The commensurate cost-savings makes the ZU720T, at $4,999, the least expensive projector of that brightness in its WUXGA resolution class, not to mention the smallest, lightest (28 pounds) and most quiet (29 dB). Optoma even included an Android-based operating system with productivity apps, integrated blending and warping, and HDBaseT connectivity. The company has since added a short-throw version, the 7,000-lumen ZU720TST ($5,999). Visit the Optoma Projection Expo 2021 booth. 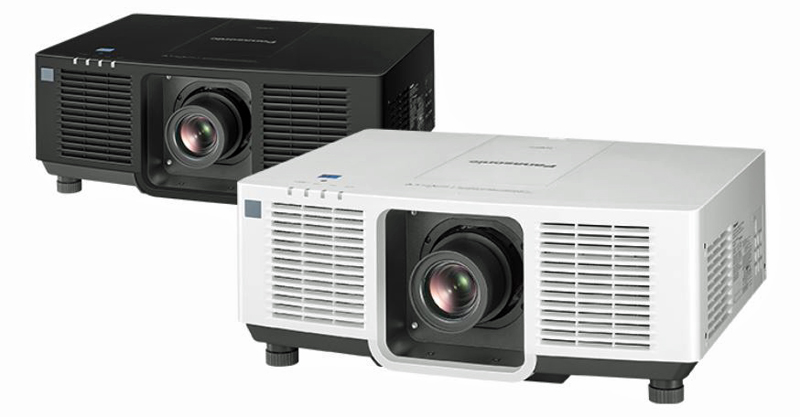 Pansonic's laser-driven PT-MZ880 series, with WUXGA resolution, brings the company's latest setup features and excellent image quality to new 3LCD models at 8,000-, 7,000-, and 6,000-lumens. These complement Panasonic's 1DLP projectors to provide either solution in this critical mid-brightness range. Targeted at schools, offices, and niche applications like museums, the PT-MZ880 series also bring some high-demand features not found in its predecessors, including built-in edge blending and 4K signal compatibility for future-proofing. The PT-MZ880 series is also supported by an extensive lens family that now includes the new ET-ELU20, a UST with a 1.07x zoom and 0:330-0.353:1 throw ratio that can project a 200-inch image from 4.7 feet away with zero offset. Visit the Panasonic Projection Expo 2021 booth. 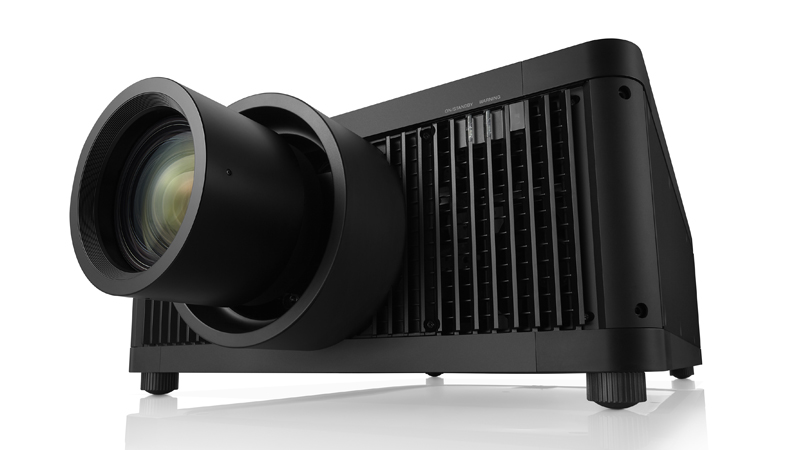 Sony's new flagship features the brand's signature LCoS-based SXRD imaging technology but doubles the light output from its predecessor to achieve 10,000 ANSI lumens. What's more, it does so while delivering full DCI-P3 color gamut at full brightness. A new generation 4K-resolution SXRD panel helps make it all possible, but the VPL-GTZ380 is also packed with Sony's latest image enhancements such as dynamic HDR tone-mapping and a more advanced scaling/noise reduction engine facilitated by the new "X1 Ultimate for projector" video processor. Designed for large-venues that call for reference-quality images, the GTZ380 is a tour de force that also does double-duty as Sony's new top-of-the-line home theater projector. Visit the Sony Projection Expo 2021 booth. 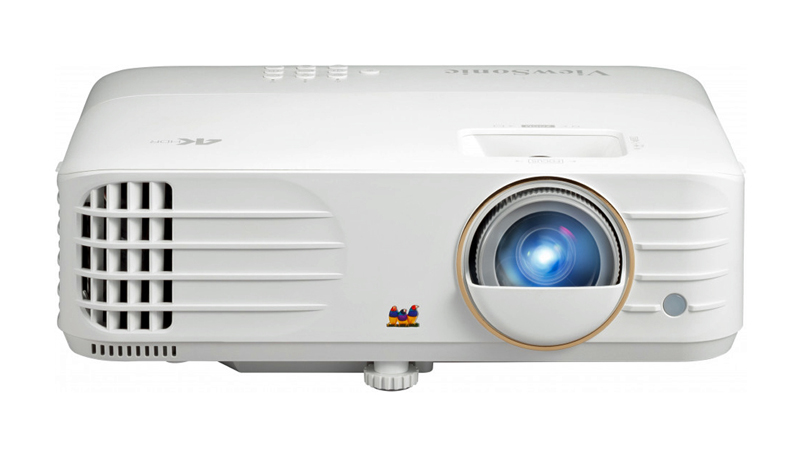 ViewSonic's PX748-4K is one of two new 4K gaming projectors (along with the PX701-4K) that offer high brightness while hitting a new low for input lag: approximately 16 ms for 4K/60 Hz signals, 8 ms for 1080p/120 Hz, and as little as 4 ms for 1080p/240 Hz. We've seen similarly spec'd models emerge from other brands, but with a street price of just $999 the PX748-4K offers exceptional value. Besides its high 4,000-lumen brightness and low input lag, it's fairly well-equipped for a budget projector, with extras that include a USB-C port for direct streaming from mobile devices; a 1.3x zoom and auto-keystone/warping for setup, and the ability to add a WiFi wireless dongle. Visit the ViewSonic Projection Expo 2021 booth. 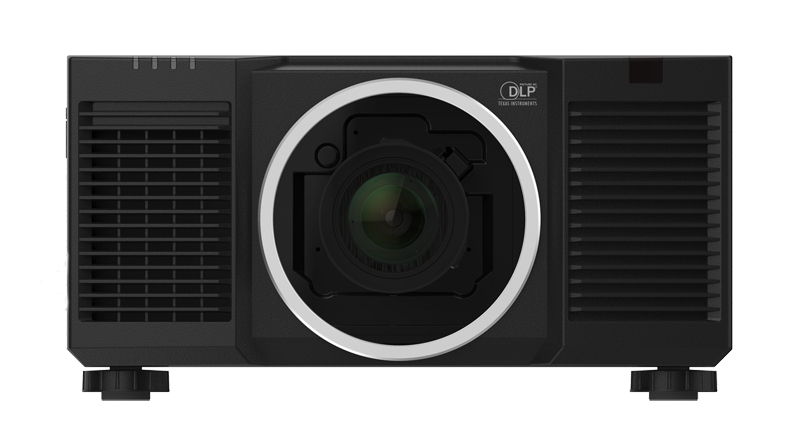 In adding the DU-9900Z to it's large venue projector line-up, Vivitek has for the first time pushed the brand's maximum brightness past 20,000 ANSI lumens—to a rated 22,000 lumens, to be exact. This 1-chip DLP design uses a 0.96-inch DarkChip3 DMD with WUXGA resolution and an airtight sealed laser-phosphor light source rated for 20,000 hours at full tilt. Along with an advanced video processor and a full slate of image adjustments to optimize the picture, it comes with the key setup features today's integrators look for including built-in edge blending and warping, and an HDBaseT port for long-distance signal/control via Cat cable. Visit the Vivitek Projection Expo 2021 booth. 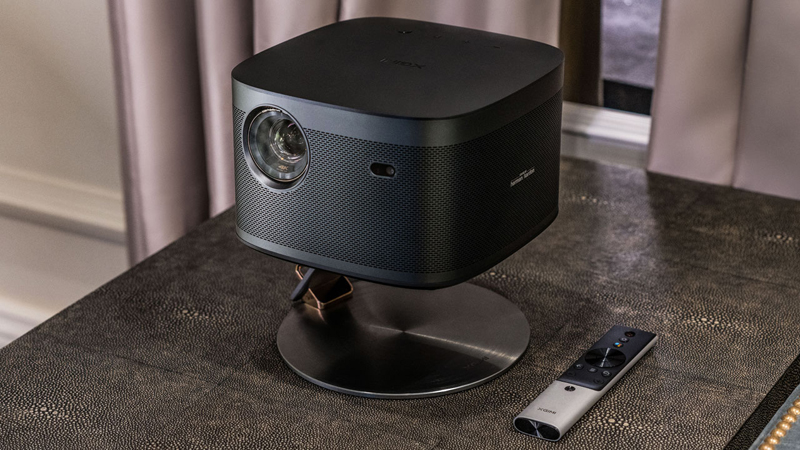 Relative newcomer XGIMI has already made a name for itself with its portable LED lifestyle projectors, but the company has pulled out the stops with the Horizon Pro, its first 4K model. Rated at a bright (for LED) 2,200 ANSI lumens, it also comes with an Android-based OS with Google TV streaming platform, and a robust Harman Kardon sound system. The kicker is some of the most advanced auto-setup features ever seen on a projector: With super-fast auto-focus, auto-keystone, and even obstacle-detection that will shrink the image down to avoid a picture hanging on the wall you're pointing at, you can be ready to watch in under 12 seconds. Visit the XGIMI Projection Expo 2021 booth.