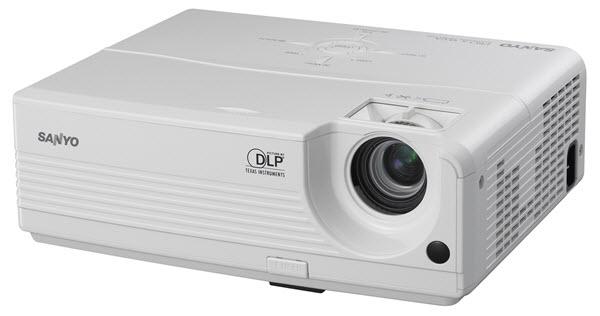 The Sanyo PDG-DSU20N Projector is a SVGA Portable Projector. This lamp based projector is capable of displaying 2,000 Lumens at its brightest setting with a native resolution of 800x600 . The internal DLP technology touts higher contrast, less visible pixels and more portability. This projector was first available for purchase in October 2007 and has been by Sanyo. The Sanyo PDG-DSU20N was also marketed as the EIKI EIP-S200. Sanyo is now part of the Panasonic Group and officially discontinued its production and sales of projectors in 2012.

Projector Placement
For a diagonal screen, place the projector lens between 12'-10" and 14'-2" from the screen.

Additional Features
The projector is ideal for usage in classrooms, boardrooms and other small gatherings for video playback or small presentations