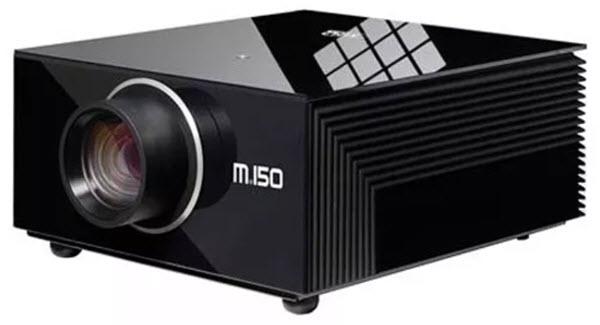 The SIM2 M.150 Projector is a 1080P Home Theater Projector. This LED projector is capable of displaying 1,000 Lumens at its brightest setting with a native resolution of 1920x1080 , and is 3D capable. The internal DLP technology touts higher contrast, less visible pixels and more portability. The unique projector lens has the ability to be shifted to allow greater flexibility in positioning the projector relative to the screen. This projector was first available for purchase in January 2012 and has been by SIM2 Multimedia.

Additional Features
As the worldâs first 3D active LED video interior design system, this is a one-of-kind solution for discerning customers who desire a unique way to enhance the beauty of their home: a window of light created with cutting-edge projection technology