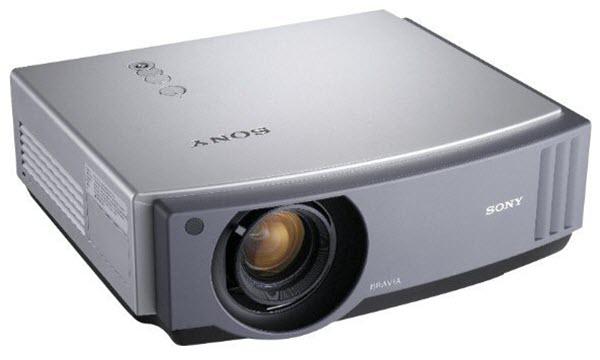 I have had this projector for 1000 hours now. Up until this point I would rate it as "good". The color is not quite as good as stated and pixilation is an issue as stated in the review. Overall I was satisfied w/it until my bulb went out at 1000 hours. NOT COOL. But to be fair I will say that is was not plugged into any surge protector which could be a contributing factor in bulb life (I recommend a VERY nice surge protector for projectors-one that cleans up bad electricity-especially in dry climates). I had it in a dark theater room and lumen/brightness was still an issue. Other people, per internet forums, have had bulb issues too. I prefer my previous Sanyo PLV Z2 to this unit. I bought the Sanyo in 2005 and the bulb is now just starting to give out (5/2009). Honestly I would go with the competing Sanyo or Epson units instead. But I will give SOME kudos to this unit because it does SEEM well build, has good filtration, is quiet and looks sharp.

I am very very satisfied with this purchase. I had been researching this product for weeks (almost months). I'm most impressed with the brightness and contrast. I specifically experimented watching it during the day with lots of light (as much as I could allow) and had no problems. So far I've only watched HDTV (and obviously some standard TV channels). Looking forward to putting a Blu-Ray on and having a movie night.

Any Problems: Right at the beginning I had trouble with hooking up my HDMI cable. It has a thick end cause it is a 30 foot cord and the shape of the casing wouldnt allow me to stick it into the projector all the way. Luckily since the HDMI is mostly plastic I was able to shave it down in order to fit. Hope no long term effects come from it...

I couldn't be happier with this projector.First of all this is a HOME THEATER PROJECTOR what is all the fuss about lumens, if you want lumens buy a TV. This projector works like a charm easy set up, tweaked it to a perfect setting, extremely quiet, perfect choice.

this is my third projector,hope it will last longer than my OPTOMA($2K,china) and polaroid(used, japan),but as per the forum every one is satisfied,e-bay record reaching almost 3000hrs

I was hesitant to buy this projector due to numerous comments about the brightness levels. I am upgrading from an Epson MovieMate25. I finally took the plunge and made the purchase. WOW! I was very pleasantly surpsised. The picture surpasses anything I anticpated. Brightness not a problem in my reasonably dark theater room. Don't let the lumens steer you away. This is a great projector. At this price for a HD projector you can't go wrong.

works right out of the box. I have watched at least 100hrs of visual experiences on this machine. Fine tuning the picture was easy using the monster DVD and the Sony projector menus. This is my second projector and WOW it looks amazing on my 100 in screen. I play ps3 games, watch blue-ray movies, TV, HD channels and even run my PC off this unit. Every guest that comes over is amazed. Highly recommended

Any Problems: no problems whats so ever

Review by just bought it

-Unless watching within 1 meter, I can not tell the Screen door effect. (IMO people are bit sensitive about this) -Lens shift is great.(almost no limit where you place) -Remote is good.(great job sony! well build) -very fast respond for a LCD projector. (I play games. If its DLP projector, my eyes will get tired real quick + I would see the Rainbow effect when move fast.) -Very quiet. -Accepts 1080p/24fps 1080p projector is still expensive and blue-ray is just getting started, buy 720p like AW15 or HC1500 and wait for a year.

Any Problems: Too dark to watch during the day. If you are thinking to use as big screen during the day, I do not recommend at all. Well... just close the blind or curtain.

Just got this projector and must say, so far I'm very impressed. I'm moving up from a huge Sony CRT front projector and though the difference in contrast is not as pronounced as I thought it might be (really expected that of the CRT to have an edge on the LCD but the differences is negligible). Blacks are pretty freakin' black. I guess if you sit too close, say 8 feet in, screen door could be a problem, but I don't seem to notice the effect on anything other than text and just barely. Also, thought the colors of the CRT would have an advantage, I think the LCD has BETTER color. Also, overall, the picture is very sharp. Also, this projector is quiet especially compared to my loud CRT. Even in hushed scenes, I don't hear the LCD at all. Anyway, really looking forward to trying out some HD material.

Any Problems: Overall, a solidly constructed projector. I find the lens shift wheels on the side to be a little flimsy. Also, the design of the case could be cooler compared to what else is out there, especially for a Sony, but for the $ who can complain? Not me.

Excellent picture, quiet, solid construction, plenty bright. Picture quality exceeds expectations right out of box; no need for calibration; no problem with pixelation (mentioned on other reviews) from 8 - 12 feet away to 90 inch screen. Already refered this projector to many friends and family, several which have viewed and are seriously considering same set up. Great value.

Any Problems: hard to get. most stores are sold out. we ended up mail ordering but with return policy to local store if not happy.

love it. only issue is screendoor effect which i solved by a slight de-focus of ther lens which actually made the image a bit softer and more film like. I am very happy fr this price! And it is plenty bright for viewing with some ambient light.

I've had this projector for about five weeks now and have been amazed. The picture is astonishing with beautiful and accurate colors, deep blacks and tremendous detail. The picture is very light even if the light is on. Calibration brings out the very bestâ¦ This is the best projector currently. I used 5 different DVD 720P & 1080P HD & blu-ray images on a 106" screen are as good as I've seenâ¦.. must see to believe!!!!!!

Any Problems: Problems? There is no Problems.