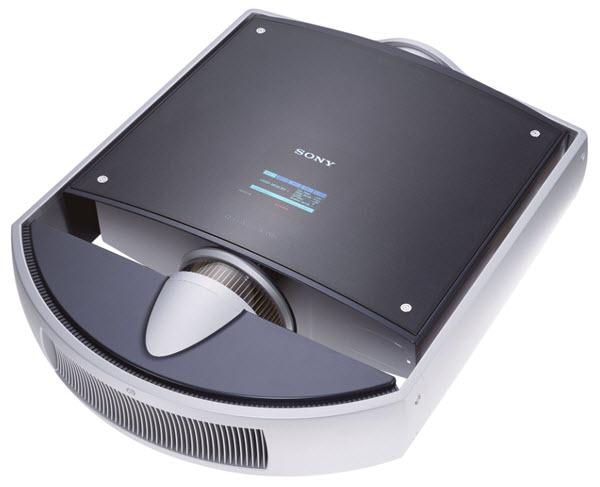 From Sony —   The Sony QUALIA 004 SXRD is a home theater projector that seeks to make the home movie watching experience as much like the theater as possible. Everything about this home theater projector is designed to bring the world of movies into the viewer's home. The Sony QUALIA 004 SXRD is much smaller than the older models it replaced in the Sony projector production lines but with dimensions of 23 x 29 x 8 inches, it is stable enough to be completely stationary during the home film watching experience or mounted from the ceiling with the brackets. This Sony projector is quite solid at 88 pounds and is easy to install. It also is equipped to give full resolution when showing any video images in high definition, including television, Blu-ray, computer-based multimedia, or film.