The Department of Obfuscation

I have often thought that one of the games manufacturers love to play is to constantly attempt confusion in terms, especially the names of features, all aimed at getting potential purchasers to believe they have something unique. Most of the time they don't...but kudos to the Marketing Department.

Additionally, many technical terms used to describe the basic adjustment controls on displays have been misused for a long time.

What follows is a modest attempt at translation.

In the "we-have-something-special" category, there's one that's always bugged me. I deal with a lot of Sony and JVC projectors. Sony has SXRD. JVC has D-ILA. They are both simply LCoS display technologies used in projectors, special only in that few other projector manufacturers use LCoS imaging chips vs. the other options out there (primarily DLP and LCD). But conceptually, they are not distinctly different from one another. 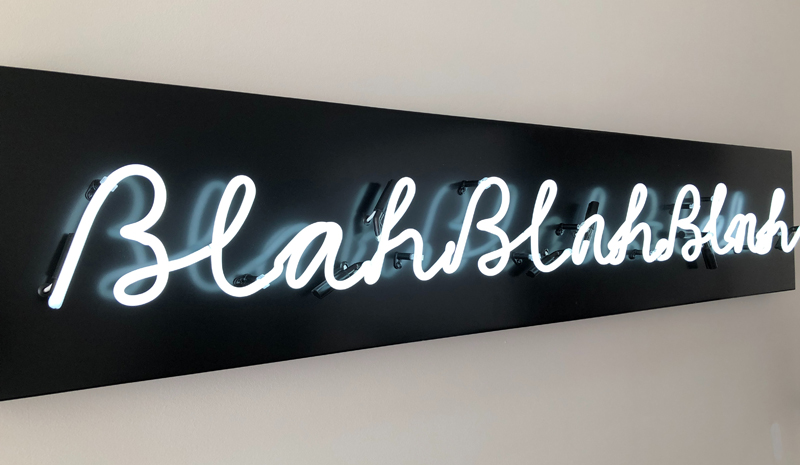 In the long-time-misused column, I'll start with the term "Contrast" usually found on the first page of your display menu. Many readers will know that, correctly stated, contrast is a ratio of absolute black divided into peak white, resulting in a number such as, for instance, 350:1 (or whatever, depending on the methodology used to measure). The "Contrast" adjustment on your display only adjusts peak white...and therefore should be called "Peak White". By the way, if you have an old Sony display, contrast is called "Picture"âeven less descriptive than "Contrast." Go figure.

The adjustment that controls how dark (black) the picture can get is called "Brightness." That never made sense to me. If you're using test patterns to set contrast and brightness, they "drag" each other, so once one is set you need to re-check the other until nothing changes. In ISF calibration class we call it "Rinse and Repeat."

The "Color" control is actually saturation. Too little, picture is washed outâtoo much, picture is cartoonish.

"Tint" is also called "Hue" or even "Phase." Color and Tint are almost always unnecessary to adjust on digital sets, anything that isn't an old classic cathode ray tube (CRT) display. If you have a CRT, well, get into the 21st century, go buy a digital display. If you're still watching a Zenith in a maple cabinet that predates 1959 you obviously don't care about any of this. Turn it off and just listen to the radio.

Finally...to "Sharpness." Sharpness is a control that should not be on any modern display. The Marketing Department insists that it remains because, well, it has always been there and the competition still has it. As you turn up the "Sharpness" control the display adds something called edge enhancement or ringingâit's artificially adding something that was not in the original image. Leave it at zero (i.e., its minimum setting). On a very few displays, zero makes the image look a tick soft. If that's the case, turn it up a click or two and see if that improves anything. But absolutely no more than is needed. You can use a Sharpness pattern found on various test discs to tell exactly where the real image stops and the ringing starts.

"Gamma" isn't exactly a misused term, but it is at least a one hour conversation. Suffice it to say that in a dark room we like 2.4 or 2.5. In bright ambient light, 1.8 or 2.0. Some displays don't even give you numbers, and some that do don't really align with the measured reality. In that case, good luck. Sweeten to taste...or call a professional calibrator.

As long as we're on the subject of display controls, if you encounter one for which you have no idea of its purpose is in life, note its current position. Now put up an image or a video clip that you are familiar with. Move the control back and forth to its extremes and observe what it does. No likey? Put it back!

Thankfully, there is one control you can take to the bank, needing no clarification. Volume still means Volume. For now.

Terry Paullin, founder of Front Row Cinema in Livermore, CA, has built more than a thousand home theaters over a 30+- year span. He shares projector installation and calibration tips, comments on new projection and display advances, offers up suggestions on what you should be watching now on your rig, and generally goes off on whatever pleases or irks him about the current state of front projection.