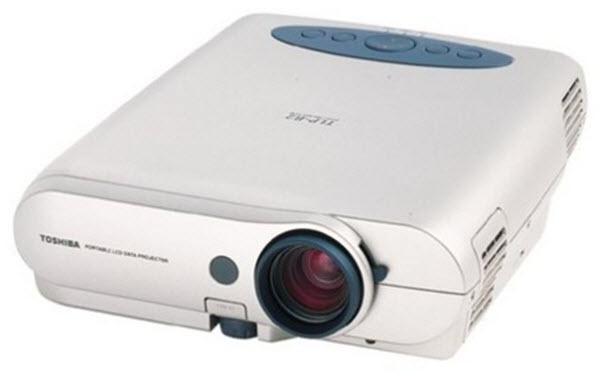 So far this projector has been fantastic. very easy to use but lacks component video input. Small and lightweight also. I got it for 300 bucks and I definetly think it was worth it.

Any Problems: Fan is very noisy... I have it mounted in my ceiling and when silent parts of the movie are on you definetly notice it's there.

Very nice projector. It's very compact and has a good picture quality. Even at big distance. Have not encountered any problems and so far very happy with this projector.

Very clear picture and great menu system. A lightweight projector that is easy to take on the road. Noise is not as bad as some reviewers would indicate. I would recommended seperate speaker system though as there is only a 1Watt internal speaker available. No problems with reliability after two years.

Any Problems: Dislike the 1.8" audio input jack. I wish there was a standard RCA audio input jack like other LCD projectors. Fan can become hot after a couple of hourse, but nothing that effect the performance of this projector.

The projector is very loud, it's ok for a traveling sells person, but it's to loud for a home projection system. I have lost my remote, but the touch buttons on top let me do everything I need. Menu's are real symple. My projector has taken a lot of abuse, I keep repairing the cracks in the case, etc.. and it keeps on going. I should have purchased and used a carring case with it. It still has good colors after 2+ years of working... It auto senses for which input, but you have the option to override to any input you would like to use. 3 Inputs - SVideo, Computer, RCA. It does not have a output for computer monitor. So, you can not hook a computer monitor to it.. That's no problem if you have a notebook computer. you only have one screw prop.(front-middle) so if it needs to be proped a little to the left or right, you will need to put something under the projector to make it level. Would I purchase another TLP-B2? If the price is right, YES...

Not very satisfied with this product, dissapointed. WAY TOO MUCH NOISE from this projector to use in a home-cinema system. Picture is good, but not excellent. The noise from the fan varies a lot, but is under any circumstances to high. If the temperature in the room rises, then the fan goes up and down like a rollercoster. The IR / Remote function is NOT GOOD, way to directional. The IR-receiver on the projector is placed in front of the projector right by the lence, hence it is very difficult to get the projector to respond to the remote, especially when the projector is in use since the picture-stream intefears with the IR-reception. Even worse it gets when the projector is ceiling-mounted. It is not possible to completely switch of the projector, it goes into stand-by mode, wich is very irritating, since it is making noise even in standby-mode. The only plus with this projector is it's design, and that it has a fairly good picture quality with 1000Ansi Lumen and a contrast ratio of 400:1. This projector is NOT a good choice for home use. I would NOT reccomend it !!

Any Problems: The projector sometimes switches of (freezes) with all the lamps blinking red. The only solution is to unplug the el-cable.. This happens especially when switching between display-resolutions in VGA/RGB mode. This might tough be a problem only with my model!?