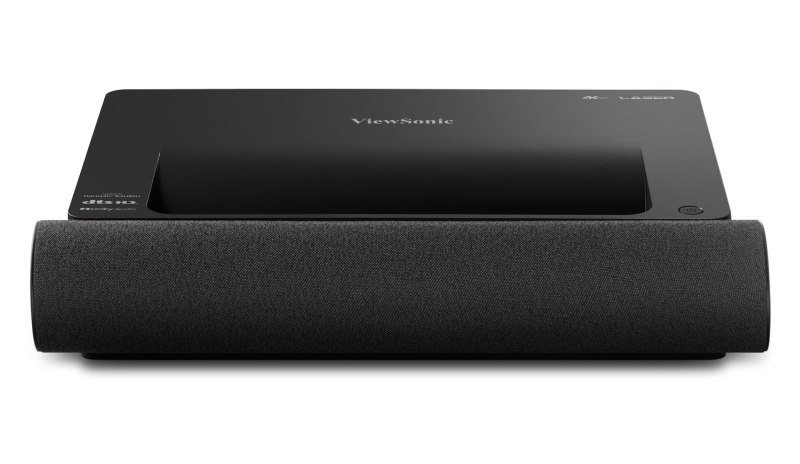 With a 0.22:1 throw ratio lens, the X2000B-4K is capable of projecting an image between a 65- and 150-inches diagonal (for 100-inch diagonal, the projector sits just 9.2 inches from the screen). It can be ceiling mounted and includes from 4-corner up to 60-point warp correction capabilities for unusually-shaped projection surfaces.

For a light source, the projector uses ViewSonic's second-generation laser-phosphor system with a rated brightness of 2,000 ANSI lumens and a light source life of 20,000 hours in Normal mode. The X2000B-4K supports HDR and HLG signals. ViewSonic lists its dynamic contrast ratio at 3,000,000:1 and lists Rec. 709 compatibility, but makes no claim for DCI-P3. The projector utilizes ViewSonic's Cinema SuperColor technology, which is said to produce vivid, lifelike colors. 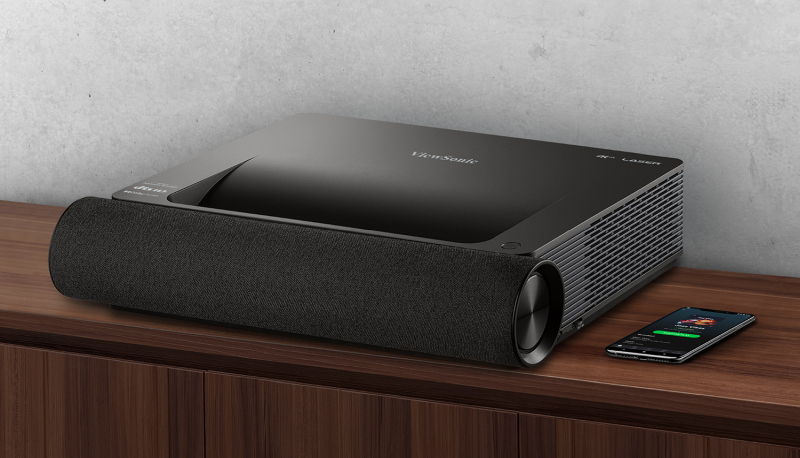 Unlike some other USTs in this mid-priced segment there is no onboard streaming platform, but WiFi connectivity is integrated to allow mirroring from mobile devices. Two-way Bluetooth is also built in to allow wireless audio output to compatible soundbars or other speakers, or to use the X2000B-4K's onboard audio for music. The four-speaker Harman Kardon system features a 10-watt tweeter and 15-watt woofer for each stereo channel. Both Dolby and DTS audio is supported.