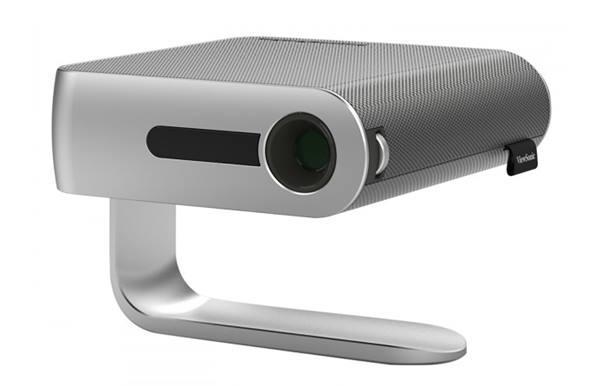 From ViewSonic — The ViewSonic M1+ is an ultra-portable WVGA LED projector that delivers convenient entertainment in nearly any room. An integrated smart stand provides for a simple 360-degree setup, while also doubling as a lens cover. Once the lens is uncovered, the projector automatically powers on with full brightness for instant entertainment. The lens also includes a safety auto-off feature that powers down the projector when objects are detected too close to the lens. Dual Harman Kardon Bluetooth speakers provide crisp and clear sound for multimedia content, while a short-throw lens can display large images in small spaces.