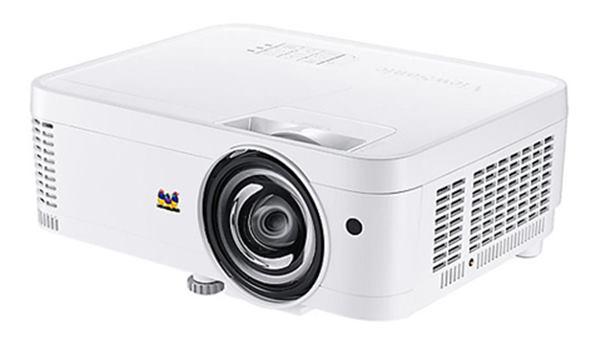 Using this for retro computer projection. Don't ask me why. Also great for watching old 4:3 television shows. The input lag is as low as the wide screen variant, and during a side by side identical to a GT1080 Darbee, no small feat. Image is almost too bright. Mine was a refurb unit direct from ViewSonic. The lamp had three hours on it likely from testing. Uniformity seems solid, don't have any scientific means of measuring it, but panning left and right does not reveal and dim or bright areas to the point of being noticeable or distracting. Optics are huge, projecting an 80" 4:3 image from roughly 3.5 feet. Color adjustments are limited, but the presets are agreeable. (Similar to a Benq MH530FHD) Fan is quiet on low and eco settings. Despite being a short throw I do not have the issue I encounter on my GT1080 where one vertical area will focus sharply while blurring slightly elsewhere. The focus remains very uniform (may be due to larger optics). Has one HDMI l, two VGA with a loopback, and a composite. No s-video sadly. Remote is your standard off white projector remote. Not backlit. Came with a VGA and power cable. Lens has a cap included! No zoom function (as expected with short throw).

Any Problems: None yet, put about ten hours on the refurb thus far, no issues.