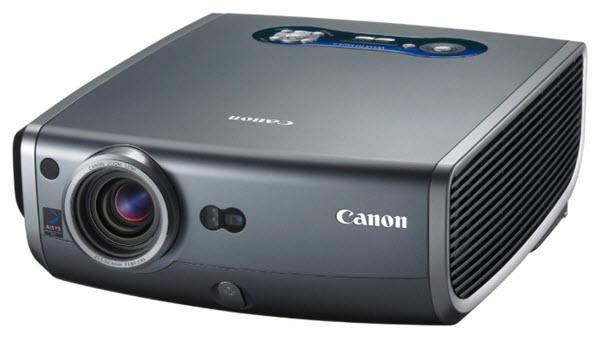 "Canon's REALiS X600 Multimedia LCOS Projector allows our church to do things we couldn't do in the past," explained Reverend Gene Gilmore, pastor of the First Assembly of God. "We're a small church trying to get into a new age, so having a color-accurate, quiet, and trouble-free Multimedia Projector has definitely changed things for the better."

The changes in the church's display capabilities that Rev. Gilmore refers to are many. "We use the REALiS X600 Multimedia Projector to display lines of hymns, to outline sermons, and to show movies and video clips," he elaborated. "We also use it to display announcements during offerings. I've found that using the REALiS X600 in multiple ways has helped our congregation to comprehend and retain information from our services. A large percentage of our membership is senior citizens. Having a projector that can display the text of sermons and lyrics brightly and clearly enough so that everyone in the room can see them is very important, and that's what this projector does."

"Throughout singing, praise, and worship we also use our REALiS X600 Multimedia Projector to exhibit pictures of keynote landmarks around Eureka Springs, such as the Christ of the Ozarks statue," Rev. Gilmore added. "We use the projector with the lights both on and off, and the picture detail is always crisp and clear."

"Our projector is hung on the ceiling in the front of the sanctuary," Gilmore explained. "We didn't want to have to take it down every other week to fuss with the focus or replace the lamp. The Auto Set-Up function makes the projector set-up trouble free."

"This projector is also exceptionally quiet, which is important so that congregants can hear the sermon clearly without distraction," Gilmore continued. "In fact, the REALiS X600 is so compact and quiet that you can't even tell when the projector has been turned on until you see images appear on the screen."

Other features of the REALiS X600 include:

• Direct Power ON, which enables the projector to be switched on and off from a central control terminal without actually pressing the "power" button - a crucial feature for overhead installations such as that at the First Assembly of God;

• A variety of input interfaces (including an HDCP-Compliant DVI-I terminal) and motion-adaptive IP conversion and a Film Mode (2:3 pull-down) for display of film-originated motion video.

"We may not be a cutting-edge big church," Gilmore concluded. "But we do have a cutting-edge projector. Using Canon's REALiS X600 has allowed us to progress. Even though the REALiS X600 may go unnoticed by many members, the advancement it has brought to our church is obvious. I'm sure people would really miss it if we were to use another projector, or go back to using overhead transparencies."