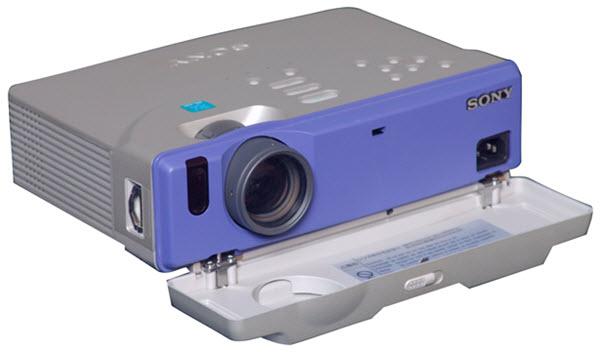 Subscribe
Evan Powell
SHARE
Evan Powell
Evan Powell
Sony CS1 SVGA 3LCD Projector
Price
$2,999 MSRP Discontinued
Update: December 8, 1999 -- Sony says that the original press release on the VPL-CS1 erroneously quoted the MSRP at $2,699. The correction indicates that the MSRP is $2,999, and the anticipated street price is $2,699. The product is now shipping. The story below has been modified to reflect these updates.

Sony is getting serious about the digital projector business. In September they announced the VPL-VW10HT, a 16:9 native format projector which is expected to deliver a significant advance in price/performance for the Home Theater market when it ships in December. (See"What's the best Home Theater projector?")

Today brings another interesting Sony announcement: the VPL-CS1 SuperLite, for the Mobile Presentation market. With this release, Sony has broken through the $3,000 price barrier and created a product that will get the attention of mobile presenters.

The CS1 is designed to compete with the InFocusLP400. Compare the specs on the CS1 to the LP400 and other products in its class--the NEC MultiSync LT84, and the Lightware Scout:

The CS1 is the first projector in its price class to accept a high resolution SXGA (1280 x 1024) source. And it has avariety of other features that mobile presenters will find attractive, such as a virtually silent fan, digital keystone correction, and a zoom lens.

The release of the CS1 will require competitors to lower prices to meet the new challenge. And with street prices for bright,fully-featured SVGA ultraportables falling into the range of $2,700 and less, unit sales volumes should see a decided increase.

These two new product releases, the VPL-VW10HTfor Home Theater, and the VPL-CS1 Superlite for Mobile Presentation, represent aggressive moves by Sony toward leadership in the projector industry. At this writing, Sony has 17 LCD projectors announced or in production, making it the largest digital projector product line in the industry.

Consumer awareness of Sony's projector line has been growing rapidly of late. In the last 30 days, there have been more requests on our projector database for data on Sony products than for any other projector manufacturer. And several Sony products have been appearing on our weekly listings of Top Ten Most Popular Projectors.