With the 2019 CES set to begin on Tuesday, JVC has announced on the eve of the show that its newest flagship projector has become the first to achieve THX 4K HDR certification.

JVC says the DLA-NX9 and it's identical commercial-line twin, the DLA-RS3000, introduced at CEDIA in September, has gone beyond the usual THX certifications and received the organization's stamp of approval for its HDR image quality. According to JVC's press release, the designation, among other things, assures that a projector achieves the full DCI-P3 wide digital cinema color space that matches the mastering of HDR content and is considered a requirement for the full HDR experience. 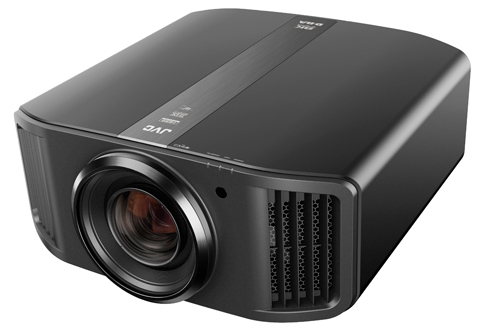 Several manufacturers have released THX-certiifed projectors to date. The company conducts what is said to be hundreds of tests before awarding that designation, covering areas that include color accuracy; luminance and black levels; gamma; brightness uniformity; image sharpness; and motion resolution, among others. THX-certified projectors also include dedicated THX viewing modes that are intended to provide optimized image quality that should closely match mastering studio displays. This includes a 4K Cinema/Movie mode in all THX-certified 4K projectors that THX says "sets all the tone parameters and color optimizations for Ultra HD and reconstructed HD movies."

The apparent addition of a new 4K HDR certification seems to suggest that even THX's own extensive tests on 4K models to date don't fully address the specific needs of HDR reproduction, namely the wider color gamut (many HDR projectors deliver expanded colors but fall short of 100% DCI-P3), full end-to-end 10-bit processing, and the ability to maintain luminance across the screen even when demanding highlights are present. JVC says the THX HDR test suite "ensures that even in scenes with multiple sized objects, white levels are produced that meet those expected by editors and colorists in production suites."

The DLA-NX9, priced at $18,000, is one of three new native 4K LCoS projectors, and the only one to offer JVC's eShift pixel-shifting technology to provide 8K-resolution on the screen. All three projectors offer a new auto tone-mapping feature that uses the peak-brightness and average brightness information encoded in HDR content to set the correct brightness and black levels and minimize the custom adjustments often required for different HDR movies.