Home / This Is It -- Michael Jackson; A Blu-ray Review
by Evan Powell

Michael Jackson's "This Is It" A Concert that Never Was

I was never a big fan of Michael Jackson. I mean, I liked the Thriller album when it came out, as did most everyone else on the planet. But it never occurred to me to buy tickets to a Michael Jackson concert. Even when he died, I avoided the media coverage and didn't give him much thought. And I never would have bought This Is It on Blu-ray, except to review it.

But the fact is, This Is It was not going to be just another concert. It was about to become a social phenomenon, a pinnacle event in the history of the music industry that was destined to break records of all kinds. Last spring, after two days of pre-sales, tickets went on sale to the public. All 50 concert dates, over 800,000 tickets, were sold in a couple of hours. Promoters claim that when the last ticket was sold there were still over 250,000 people in online queues waiting to buy. And this was for a concert to be staged exclusively in the UK--all 50 concerts were to be performed at the O2 Arena in London. One can only imagine what worldwide demand would have been had the show ever gone on tour.

This Is It is in part a documentary on a concert that was never to be, and in part an homage to Michael Jackson, the man. It is an education, even a revelation, to someone like me who never appreciated his genius. For fans who loved him, it is a treasure.

The primary feature on the disc is a little less than two hours in length. It splices together footage from several rehearsals. Performances of many of Jackson's most popular works are included--Beat It, Billie Jean, Thriller, Man in the Mirror, and many others. Some of the footage is in HD and some is not. During the performance of a couple of songs, the video cuts back and forth between two different rehearsals, one shot in HD and one in SD. The players on stage dress differently in each. The HD footage is full frame, and the SD footage is smaller. Cutting back and forth between the two seems to have little purpose, and the effect is annoying. Though this disc is available in both DVD and Blu-ray, those who have HD projectors or large screen flat panels will definitely benefit from the Blu-ray version. Some of the rehearsal footage is not in HD, but the majority of it is, and all of the Special Features material is as well. The production values for the disc are excellent. Much of the audio is outstanding and best heard in HD if you have the system to make it shine.

In some cases it is evident that the audio track is not from the live rehearsal. A pre-recorded track has been looped in on top of the video. This makes it look like he is lip-synching. At one point, he is holding a microphone near his mouth, and he momentarily lower it to waist level with no effect on the sound of his voice. In other cases the recording is live. As a result, sometimes Jackson appears to be on top of his game. But with the live shots he often seems weak and tired. Some of his dancing is energetically executed, but often he is just going through the motions. At two spots in the live rehearsals he makes a point that he is trying to save his voice. One wonders whether he would have had the stamina to pull off the 50-concert schedule. 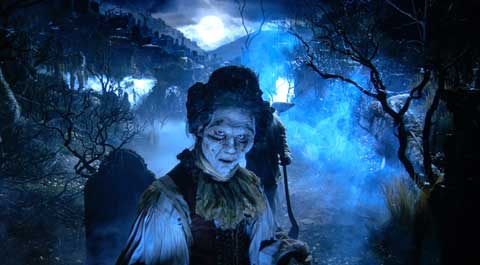 The team of musicians and back up dancers chosen for the show were, according to director Kenny Ortega, the best on the planet (of course, what else would he say?). Ortega did the choreography for the film Dirty Dancing, and both he and Jackson selected the final group of dancers. In many of the rehearsal scenes they were executing like a finely tuned clock. In several dance sequences, from a movement perspective they looked like perfect clones of Jackson himself.

The rehearsal footage contains a brief but impressive solo in Beat It by Orianthi Panagaris, the lead guitarist. Carlos Santana said recently that if he were to pass the baton, he would pass it to her. One must suspect that Orianthi (she goes by the single name) is on a path to major stardom at this point. Her fans will love this disc just for her appearances with Jackson on stage, which documents an important historic moment in her life.

Viewers may feel a bit let down due to the sparseness of face time with Jackson. From time to time I felt frustrated that camera angles were not as revealing as they could have been. I wanted to see and hear him up close and personal. Though there is a bit of this, I am sure his fans would hope for more. Nevertheless, it is important to realize that this footage was not ever intended to be seen by the public. It was being taken for evaluation purposes as the productions were being put together. 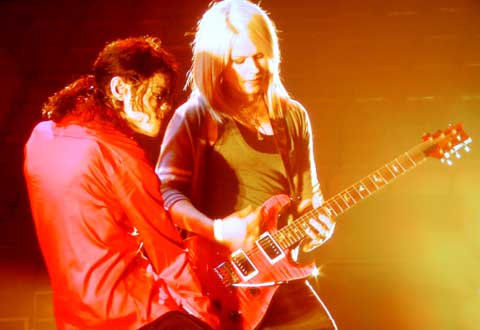 Orianthi's solo in Beat It

Despite the less than ideal camera work, the viewer gains an appreciation for the almost limitless creative genius that went into the concert itself. This might well have been the most spectacular music extravaganza ever staged as some have claimed. A huge LED screen, 100 feet long by 30 feet high, was to be used to integrate video backgrounds with the live stage. 3D technology was being deployed. In Thriller, the audience was to see a massive 3D graveyard, wherein dancers emerge from graves in ghoulish costume on screen, then appear seamlessly onto the stage, such that the 3D imagery and the live stage performance were fused into one vision.

Jackson's dramatic exit at the end of the concert was to integrate live performance with 3D as well. As the last of the backup dancers file off stage, a jet taxis into place in 3D on the LED screen with "MJ Air" stenciled on its side. When the door of the plane opens, a trapdoor in the LED screen opens and an actual staircase to the jet descends to the stage. Jackson ascends the staircase and disappears into the screen, the stairway folds back up, the jet moves to the end of the runway. The plane hurtles toward the audience in 3D and zooms off just above their heads with a final roar of thundering engines. All in all, an impressive exit.

From a documentary perspective, the excellent collection of Special Features is as important as the primary work. One feature, entitled "The Gloved One," shows close up details of the costumes Jackson was to wear for several of the numbers. Literally millions of dollars were spent on the design and fabrication of these costumes. One gets an appreciation for the attention to extreme detail that was going into every element of the concert. 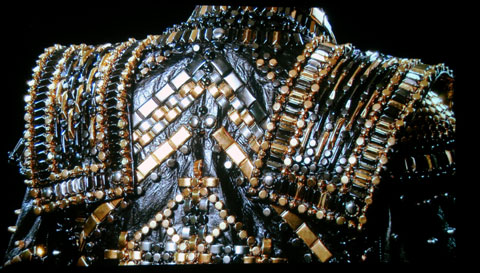 Detail of the costume to be used in "Black or White"

There is another vignette which discusses the making of the Thriller scene, and the creation of the video backdrop for Smooth Criminal, in which Jackson is integrated into film footage of Gilda and other b/w films from the 40s. It makes it appear as though Jackson is starring along with Humphrey Bogart, Edward G. Robinson, and Rita Hayworth in a gangster film from that era. Again, it ends up with Jackson emerging from the LED screen video onto the live stage for the performance of the number.

"Memories of Michael" is a collection of tributes to the man by musicians, directors, and producers who were involved with the project. Through their commentaries one gets a sense of the human qualities of the man that were not visible in media coverage of him. These tributes are touching and well worth the time to view.

In the end, This Is It is a magnificent collection of images, music, dancing, interviews, and documentary information. It leaves one with a sense of loss that such a grand creative vision would never be seen by the public. They came within three weeks of opening night in London. The final rehearsal at Staples Arena in Los Angeles was completed on the afternoon of June 24, 2009. The following morning, Michael Jackson died.

If there is a silver lining, it is that the Blu-ray production of This Is It now exists. It lets us see first hand the people and the fascinating collective genius that went into this creation. We see behind the scenes in a way that we never would have if things had gone according to plan. I, for one, am grateful for this disc. I've never seen anything quite like it. Through it I have gained a respect for Jackson's immense creative talent and vision that I never would have had otherwise. 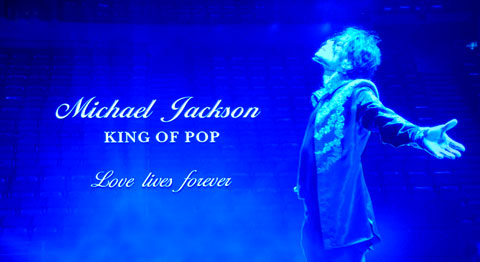