The new iVision 30-WUXGA features the latest DarkChipâ ¢ DMD technology from Texas Instruments, and supports a native resolution of 1920 x 1200. Weighing only 6.5 lbs and incorporating broadly capable electronics, the iVision 30-WUXGA is engineered for simple integration and serves as a powerful but affordable solution for a variety of commercial applications. The iVision 30 series utilizes a 300W UHP lamp to deliver up to 3100 ANSI lumens and 4000:1 contrast in the WUXGA configuration. Introduced last year, the newest electronics incorporated within the iVision and dVision series include DPâs extraordinary ColorMaxâ ¢ calibration technology, HDCP compliant HDMI and DVI inputs, as well as a variety of analog video connections.

Digital Projectionâs dual-lamp dVision 30 series also gained the new resolution platform, offering 4300 ANSI lumens and up to 7500:1 contrast. Installation of the dVision 30-WUXGA is extremely flexible due to a selection of six high quality lenses covering a throw distance range from .75:1 up to 6.5:1. The class-leading lens shift capabilities of the dVision 30-WUXGA projectors offers up to 55% vertical shift and 45% horizontal shift, further improving the application versatility of the compact series.

According to Mike Levi, president of DPI: âWUXGA displays are a vital next step as we observe the expanding use of computers as tools for serving high resolution video and data content across a variety of aspect ratios. WUXGAâs 16 x 10 native aspect ratio is an almost perfect meeting place for 1920 x 1080 and 1600 x 1200 sources to co-exist, as both can be displayed at their full native resolution, but with minimized un-used display area.â Levi continued, âWe observe commercial customers in certain vertical markets seriously considering WUXGA as the right platform for their next projector purchases, so we are very pleased to be presenting two powerful, efficient and responsible solutions that support those needs.â

When comparing the extensive resolution options and custom color wheel configurations available, DPI offers an extraordinary array of nearly 50 installation-grade single-chip projectors, as well as 17 powerful 3-chip DLPÂ® displays. DP recently launched their QuickShip program, assuring their most popular models are generally in stock and available to ship within days. The company will exhibit their full line of single-chip and 3-chip DLPÂ® displays in booth N6340 at infoComm in Las Vegas next month.

About Digital Projection International
Founded in 1989, Digital Projection International (DPI) has been instrumental in the development and application of Digital Light Processingâ ¢ technology by Texas Instruments for projection systems. DPI introduced the worldâs first 3-chip DLPÂ® projector in 1997, and has since delivered expert system engineering and world-class customer services, thus maintaining its position as a digital imaging pioneer.

DPIâs groundbreaking projection research and development has garnered the admiration of industry professionals around the world. This has earned the company many awards, including two EmmyÂ® Awards for Outstanding Achievement in Engineering Development by the Academy of Television Arts and Sciences. DPI remains the first and only projector manufacturer to win the coveted award. 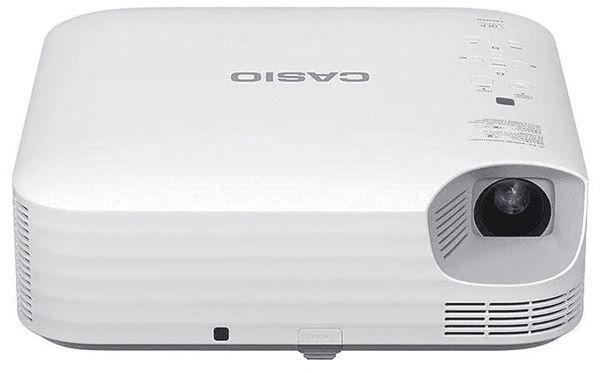