The Projector Stacking System, designed with two Casio projectors stacked on top of one another, projects two sharp, high-quality images, which the YA-S10 Converter System control box then merges into one screen. It is available in two different models; the XJ-SK650 and the XJ-SK600. The XJ-SK650 features double stacked Pro Series XJ-H2600 projectors and provides users with up to 6,500 lumens, while the XJ-SK600 features double stacked Signature Series XJ-M250 projectors and provides up to 6,000 lumens. Both of these models provide roughly twice the lumen output provided by a single projector.

When used separately Casioâs YA-S10 Converter System enables users to project images onto curved pillars, round areas, flat surfaces or any unique shape. The system is set up to adjust any image misalignment or distortion without the need for additional hardware. Using the YA-S10 Converter System with any Casio LampFreeâ ¢ projector, images can be corrected for curved surfaces using free-form surface compensation with a lattice of up to 81 grid points for adjustments.

Both the Projector Stacking System and Convex System are powered by Casioâs state-of-the-art LASER & LED HYBRID Light Source, which provides Lamp-Free, eco-friendly data projection at a percentage of the cost of traditional projectors. Casioâs LASER & LED Hybrid Light Source combines blue laser light and a fluorescent element to generate a high output of green light. The green light, blue laser light, and the light emitted by a red LED are projected through a DLPÂ® chip which, in turn, is passed through the projection lens to form an image. This technology achieves an increase in color spectrum compared with a mercury lamp, while lowering a projectorâs total cost of ownership and maximizing investment. Since there is only minimal loss of brightness even during long-term use, it is ideal for those heavy-duty applications involving frequent use of projection such as retail stores, grocery stores, restaurants, offices and other environments. With an estimated life span of 20,000 hours, both systems ensure low maintenance and streamlined costs. 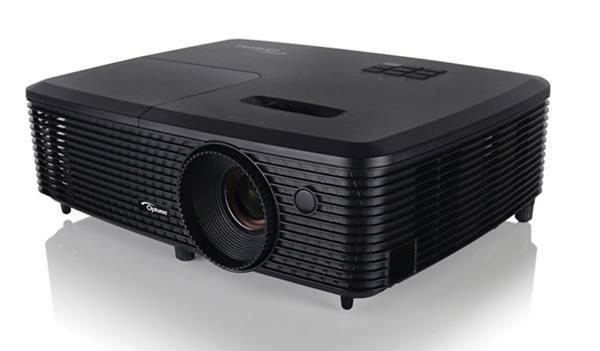