Home / Press Releases > PLUS and Lightware Merge as PLUS Vision Corp. of America

Announcement follows the May 2001 formation of the PLUS Vision Corporation of Japan as the presentation and communications products subsidiary of PLUS Corporation.

PLUSÂ® and LightwareÂ® brands to remain in place, reflecting the strength of both brands in the distinct markets they serve.

Allendale, New Jersey. - Jan. 9, 2002 - Moving to strengthen its worldwide corporate identity as a leading manufacturer and marketer of presentation and communications products, Tokyo-based PLUS Corporation today announced that its two North American subsidiary companies, PLUS Corporation of America (www.plus-america.com) and Lightware, Inc. (www.lightware.com), have merged to become PLUS Vision Corporation of America, effective immediately.

According to PLUS Vision Corp. of America President & Chief Executive Officer Tom Oishi, the new company will be headquartered in Allendale, New Jersey and will continue to market both the PLUSÂ® and LightwareÂ® brands of ultra-portable digital projectors and presentation products. "The integration of PLUS Corporation of America and Lightware into one North American sales, marketing and support unit will allow us to more efficiently market our presentation products. This will result in greater levels of performance value and support for our growing and expanding North and South American customer base."

According to Oishi, Mr. S. Mark Hand, who has served as President of Lightware since the company was acquired by PLUS in December 2000, now becomes PLUS Vision Corp. of America's Vice President of Sales & Marketing, Business Products Group. He will continue to be based in Beaverton, Oregon, where Lightware was founded in 1995 to deliver affordable, portable projection technology for large and small businesses, mobile professionals, as well as the education and government markets. The Oregon office will now serve as the headquarters for PLUS' Business Products Group. The New Jersey office will serve as the headquarters for PLUS' Consumer Products Group, as well as the national corporate headquarters.

Today's announcement is the logical follow up to the May 2001 formation of the PLUS Vision Corporation of Japan as the presentation and communications products subsidiary of PLUS Corporation. PLUS manufactures more projectors and projector engines based on DLPâ ¢ technology than any other Japanese company, under its own brand name and on an OEM basis for other well-known brands. In 2000, PLUS-manufactured Digital Light Processingâ ¢ technology-enabled projectors accounted for approximately six percent of the worldwide projector market. In Japan, PLUS brand projectors have a 10 percent market share. In addition to its award-winning projectors, the company is also a leader in electronic copyboards, with the number one market share in Japan, and interactive whiteboards.

Parent company PLUS Corporation is a 50-year-old company with consolidated revenue of $1.5 billion from its presentation, office and communications products. In 1998, PLUS created the Presentation and Communications Division to handle R&D and marketing for its electro-optical product line. That was also the year that PLUS began selling its first projector based on DLPâ ¢ technology, the UP-800, the world's first sub-10-pound projector, combining the Digital Light Processingâ ¢ technology developed by Texas Instruments with PLUS Corp.'s unique optical technologies.

At about that same time, the projector market began its rapid growth, fueled by increasing demand for smaller, lighter, better-performing presentation products for conference rooms, mobile presentations, schools and other applications. PLUS lead in the advancement of this trend with the development of a series of groundbreaking projectors that were progressively smaller and lighter, yet able to deliver higher brightness levels. What's more, these new size, weight, and brightness levels were achieved without sacrificing any of the performance features customers have come to rely upon.

Following up the breakthrough UP-800 was the UP-1100, at the time the world's lightest XGA projector to feature DLPâ ¢ technology. In 1999, PLUS again broke the weight barrier with the U2 series projectors. At six pounds each, they once again gave PLUS the lightweight crown. That record was quickly broken, however, when the following year PLUS introduced the three-pound U3 Series projectors. This year the company remained true to its reputation, introducing the V-Series, the world's first two-pound Digital Light Processingâ ¢ technology-enabled projectors, and the world's smallest and lightest home theater projector, the Piano HE-3100. Throughout this time, PLUS projectors received a series of design awards, including Germany's IF Design Award, Japan's Good Design Award three years in a row, and most recently, the 2002 International Consumer Electronics Show Innovations Award.

In May 2001, to further strengthen the company's position in the rapidly expanding projector market, the PLUS Presentation and Communication Division was established as an independent company, PLUS Vision Corp. 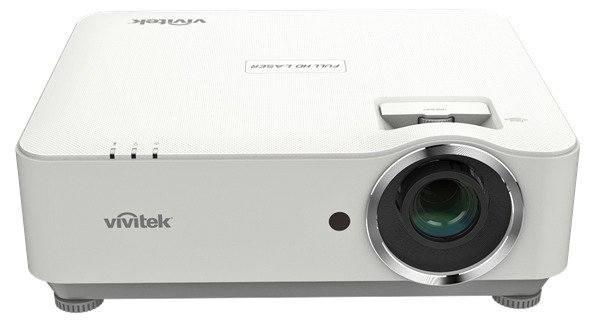