Here is what we know so far about the Casio LED/Laser Hybrid light engines...

Second, the peak brightness of this light engine occurs in the first minute after power on. It diminishes by about 10% over the first 30 minutes of runtime, then stabilizes for the balance of the presentation time.

Third, contrary to claims and expectations, as the light source ages it appears to lose light output. We have placed two samples under extended operation. The unit which originally measured 1630 lumens when new, now measures a maximum of 1216 lumens after 200 hours of use. The unit which measured 1228 lumens when new now measures 949 lumens after 130 hours of usage. Thus, both units have lost 25% of their original lumen potential in a rather short period of time. (NOTE: These units were left to run 24/7 to accumulate these hours, so this is not the normal anticipated duty cycle. It is possible that 24/7 operation exaggerates the rate of lumen degradation, so further testing is warranted before we can draw any conclusions from these two samples.)

Fourth, color balance shifted quite visibly on the dimmer of the two units used in the extended usage tests. It actually showed better color balance after 130 hours of use, due to the fact that blue and green diminished in intensity, while red remained relatively constant. Thus it appears that the red LED is maintaining its strength while the laser degrades in intensity.

All of this has been reported to Casio, and we have been awaiting a statement from them concerning these issues. The Infocomm show currently in progress in Las Vegas has undoubtedly created some distraction and delay, but as soon as we hear from them, we will update you on what you might expect from products featuring this novel light engine design.

Comments (5) Post a Comment
PatB Posted Jun 10, 2010 9:34 AM PST
In retrospect this doesn't seem surprising. The three colors are each created by a different technology, each of which ages at a different rate. Maybe they need some kind of regulatory electronics that measures the final light beam and constantly adjusts the power of the component colors. Without this I doubt if a hybrid light source can ever work satisfactorily.
kevinp Posted Jun 10, 2010 11:06 AM PST
seems to me that advertised specs need to be independently verified by a standards body before they are released and in the case of lumens be measured at the mid point of the light engines life
Alex Posted Jun 11, 2010 3:07 AM PST
I agree with Patb. Different light sources with different behavior and decay rates. Seems almost impossible it can ever really work properly without extremely complex control and monitoring software.
Jessica Patel Posted Jun 20, 2010 4:37 PM PST
I am using my XJ-A140 with more than 100 university level students in the class. We all are happy with Casioâs performance. There is NO brightness issue with my projector. Do you follow ANSI- IT7.215 document to get posted results?
Josh Winn Posted Aug 16, 2010 7:49 AM PST
I'm also having issues with serial control (from a Crestron system). Casio has been unable to provide a protocol and the generic Casio Crestron module seems a little flaky. It looks like the protocol may be licensed from InFocus so that may turn out to be helpful. Can't say I'd recommend this projector in general. 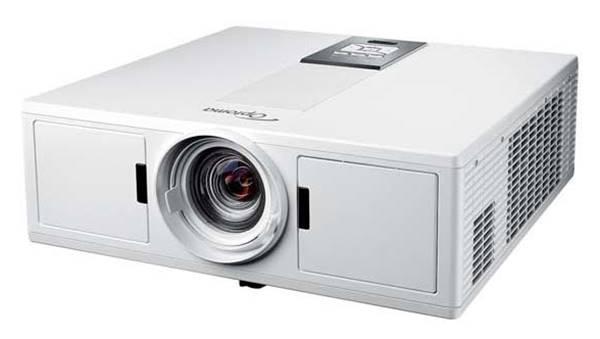