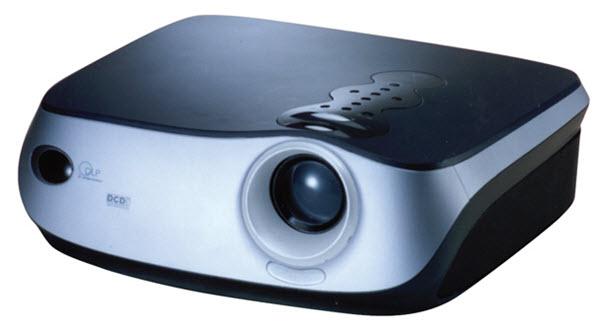 Boxlight Corporation of Poulsbo, Washington is a unique company in the projector industry. It is dedicated entirely to the projector business, but its product line consists largely of private label editions of projectors manufactured by other makers. Over the years it has built a huge business and an excellent reputation based on customer service and favorable consumer-friendly policies pertaining to sales, returns, exchanges, and upgrades. Studio Experience is the home theater division of Boxlight.

The Premier 50HD is noteworthy as the first of the StudioExperience models to be designed and commissioned by the company. As such it is a unique offering that is not being sold under any other major brand label in the United States.

The Premier 50HD is a native 16:9 widescreen format home theater projector rated at 1000 ANSI lumens and 1700:1 contrast. It uses the high resolution 1280x720 Mustang HD2 DLP chip from Texas Instruments, along with a 6 segment, 5x speed color wheel. It is a compact, easy to install 11 lb. machine that comes in a dark charcoal gray finish.

Keystone correction: The product literature highlights the 50HD's "eWarp ™" digital keystone correction capability, which is +/- 15 degrees vertical and +/- 40 degrees horizontal. For those who need to set the projector at an angle to the screen, the 50HD gives you much more flexibility than most projectors out there.

Connection panel: The panel is on the rear of the unit and features one 15-pin VGA, one DVI-D with HDCP, two sets of component inputs consisting of 5 RCA jacks each, one S-video, one RCA composite, and an RS-232. There is also one 12-volt trigger. There are no audio connections and no onboard speakers, as this projector is not meant to be used in applications that would call for them.

Color Temperature: The 50HD comes with preprogrammed settings for 5500, 6500, and 9300 degrees. 6500 is ideal for natural display of NTSC color video, and 5500 is ideal for the display of classic black and white films. Switching the color temperature is easily accomplished via a button on the remote. This is an extremely handy feature that we wish other home theater projector makers would get on board with. For those of us who want to see Citizen Kane or The Maltese Falcon as they originally appeared in commercial theaters, the 5500 color temperature option is mandatory. It warms the black and white image compared to the neutral gray you get at 6500 degrees.

Overall, the 50HD delivers a beautiful, well-balanced video image. The image is slightly softer than competing projectors based on the same Mustang HD2 chip. Many viewers will prefer this as it imparts a more filmlike quality to the image as compared to the extreme sharpness you can get from other units.

Rescaling for keystone adjustments is pristine and artifact-free. So if you have to use it, the image quality is not noticeably compromised. However, the user should bear in mind that digital keystone correction (on all projectors, not just the 50HD) works by reducing the number of active pixels on the display, and thus reducing the overall light output as well.

Furthermore, a projector set at an oblique angle to the screen will cause light to bounce off the screen at the same angle, which is not generally where the viewers are situated. Bottom line...both the brightness of the image and the physical resolution of the image are substantially reduced when using aggressive keystone compensation. For these reasons we do not recommend the use of keystone correction on any projector unless the installation cannot be accomplished without it.

Brightness uniformity on the 50HD is very good but not quite perfect. Brightness falls off by about 20% from center to the upper right corner. Typically this is something you will not notice during normal viewing however. Keep in mind that CRT projectors tend to fall off by as much as 50% from center to the corners.

Fan noise is low, but not whisper quiet. Most users would not find fan noise to be an issue on this unit, and we did not think it was objectionable. Even with the unit sitting immediately behind us, we were not conscious of fan noise during the viewing of a movie.

There is no visible geometric distortion in the image itself. However our test sample did not throw a perfectly rectangular image. The left vertical edge of the image was about 1.6% shorter than the right vertical, or a 0.8" differential on a 50" vertical. This is an error we would prefer not to see on a projector in this price range. However it can be masked by allowing a small sliver of the top edge of the image (bottom edge if ceiling mounted) to fall on the screen frame, assuming the screen frame is covered with black light-absorbing material.

The weakest feature of the 50HD is the remote control, which is not particularly well laid out. The Menu button is immediately below the Power button. You can recover when you accidentally hit the Power button, but it is a nuisance. The menu navigation buttons are too closely placed, and the tactile response of the buttons is flimsy. You need to handle the remote with deliberate care in order to avoid doing the wrong thing. And perhaps the most disappointing oversight is the lack of aspect ratio control on the remote. To switch aspect ratios you need to go several clicks deep into the menu. This should not be the case on an expensive projector designed specifically for home theater.

In terms of video quality, the Premier 50HD is a strong entry in the high-end home theater projector category. Image quality is first rate. Color management is exceptional. And the 50HD's precalibrated 5500 degree color temperature, an easy option to access from the remote, renders black and white films beautifully. Its slightly softer image than competing units renders video with a filmlike quality that we believe will be particularly attractive to many buyers.

Nevertheless, competition in this price category is intense, particularly among the various products using the Mustang HD2 DLP chip. Buyers want perfection at this price, so any flaws and idiosyncrasies that a product may have get magnified. However, the marketplace tends to sort these things out. And since the issues with the 50HD are not directly image-quality related, buyers seeking good values among the Mustang HD2-based projectors should not overlook the Premier 50HD as they price out their options.