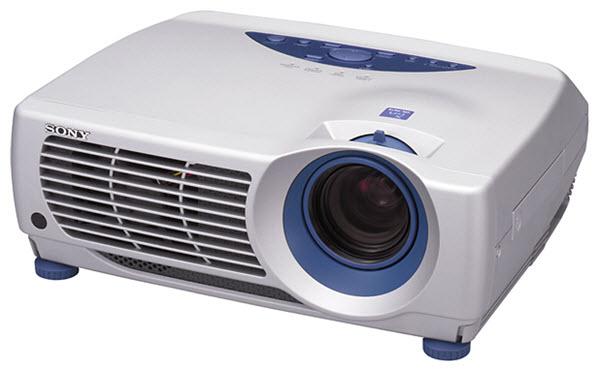 Subscribe
SHARE
David Colin
Sony PX15 XGA 3LCD Projector
Price
$4,350 MSRP Discontinued
While it is not the focus of this review to expound on the performance of this projector beyond its wireless (Wi-Fi) projection capability, let it be said that this unit delivers the kind of image quality you would expect from a company with the projection experience of Sony.

In reviewing its feature set relative to the market, you will not find other projectors with comparable features at any price other than another Sony projector. If you look at the number of XGA projectors that are under 12 pounds and $6,000 MSRP, you'll find 40 of them. Plug in the feature set of the VPL-PX15 and the product stands alone! Enough said.

The Sony VPL-PX15 is a 2,000 ANSI lumen XGA projector in a sub-twelve pound package with more features than you would expect in a full-featured portable, including data handling up to SXGA (1280 x 1024), video (composite and S-Video), component, HDTV (1080i, 720p, 480p), a Type II PC Card slot, a built-in Ethernet Network Interface Card, and a two year warranty. A handy pop-up handle for transporting, manual zoom and focus for quick setup, and digital keystone correction to help you square the image from most any position, makes it suitable for just about any mobile or large room environment.

Although this is a wireless capable product, all the video and audio connections are cable driven. Only the data and mouse connections can be either cabled or wireless.

When networked, the VPL-PX15 can also provide e-mail alert to the appropriate party in the event of a projector problem or the need of a lamp replacement. The VPL-PX15 also takes advantage of SNMP (Simple Network Management Protocol), a set of protocols designed to manage complex networks. This allows you to retrieve projector usage information or instantly know when a projector is disconnected. This helps you manage and understand asset utilization. Knowing when a projector is disconnected won't catch a thief, but you'll at least know when it left the network.

PC in the Projector

A built-in Microsoft CE operating system and 64 megabytes of local storage gives the unit a range of flexibility not found on a lot of other projectors. For example, if you're attached to a network with access to the Internet, a built-in browser allows you to browse the Internet directly on the projector using the remote control.

Word, Excel and PowerPoint data or digital images can be downloaded to the projector or saved on a PC Memory Card. Once saved, this information can be viewed with or without a computer connected. If you're traveling, this feature allows you to leave the computer behind to lighten your load. Or if you must have the computer, it provides a backup in the event of a computer failure.

If you're using it in a network environment, you can remotely preload your presentation before the meeting begins. If you're using a number of these projectors for electronic advertising or promotions, you can update commercial content remotely and individually.

This was the primary focus of our review. What is Wi-Fi and why would you want it on a projector? To get a little background on the former, take a quick read of Wi-Fi in Going Wireless The motivation for adding Wi-Fi to projectors is to allow easy access for mobile users, provide the ability to bring together a number of mobile users into the same room for collaborative meetings, and provide an easy connection where a wired solution is not practical.

Wi-Fi (Wireless Fidelity) technology provides networking using radio technology. Wi-Fi networks operate in the unlicensed 2.4 to 5 GHz (gigahertz) radio bands, which has the capacity to transfers data at 11Mbps (megabits per second) but typically delivers 7 Mbps of real data throughput. This provides performance similar to the basic 10BaseT wired Ethernet networks used in many offices. The Sony VPL-PX15 uses Wi-Fi 802.11b. This is currently the most common form of wireless communication in the projector and computer industry.

Peer-to-Peer (Ad Hoc) is a wireless configuration in which one or more computers can share a projector equipped with the same wireless capability. Peer-to peer implies that each projector user has the same capabilities and each user can initiate a communication session with the projector (or theoretically each other). Ad hoc is Latin meaning 'for this' or 'for this purpose only' and implying a temporary or spontaneous arrangement, as is the case of mobile wireless computers that come and go from a presentation room. This arrangement allows equal access for all users and thus collaborative meetings or shared presentations are possible.

Our Experience Installing the Sony Peer-to-Peer

First, you should understand that this reviewer, with one exception, managed to evaluate all aspects of the product using only the documentation provided by Sony. However, I was technically challenged on the most fundamental issue - trying to establish the wireless connection.

It wasn't until I spoke with our technical staff, that I discovered that the network software that was needed probably wasn't supplied by Sony, and sadly was not loaded on my Windows 98 system.

Ah, but what an opportunity! I could upgrade to Windows XP as it had what I needed! I took on this task with all the enthusiasm of having my teeth pulled, but to my amazement it went flawlessly

Does this mean you need Windows XP? No, but you do need to load the software that comes with your Wi-Fi card. Mine was a loaner card and the software was not included. My problem was self-inflicted.

What you can do with Peer-to-Peer

Once you have established the peer-to-peer connection there are three things you can do.

First, in order to maintain near real time display of data, the information is automatically compressed to improve transit time. This helps maintain a satisfactory refresh rate, but may degrade the image quality for high content images such as graphics; however, we did not see any noticeable image degradation with the Sony VPL-PX15.

Second, distance and obstructions degrade performance. Once you've established a peer-to-peer connection, you will notice an icon on your task bar that indicates the signal quality. The 5 levels of signal quality are shown below with the corresponding obstructions, distance and data rate that we achieved. Keep in mind that your own experience will vary depending on the types of obstructions in the room and other sources of potential radio interference:

There was no noticeable degradation of the image or refresh rate as long as the transfer rate stayed at 11 Mbps. While we did not measure the refresh rate, but it was fast enough to easily follow the movement of the mouse and give you a sense of a real time connection. When the signal strength went to Very Low at 2 to 6 Mbps, we lost considerable performance and experienced occasional break-up of the image.

Wi-Fi technology is suppose to be good up to 300 feet indoors with a typical range of 150 feet line-of-site depending on the number of impediments such as walls and ceilings and the type of material the signal must pass through. We succeeded at a maximum of 100 feet line-of-site with no obstructions, which was our limitation due to the size of the building.

An 802.11b Wi-Fi device is basically a digital radio broadcasting in the 2.4 GHz band. Outdoors Wi-Fi can transmit tens of miles and therein lies a security issue. If your data is not encrypted, then it is vulnerable. A security algorithm known as WEP (Wired Equivalent Privacy) is intended to overcome this vulnerability; however, the industry consensus seems to be that it can be easily violated by those skilled at hacking.

So beware, a passerby seeking free Internet access or someone with more fiendish intents can access an unsecured wireless network. This practice is known as war-driving and people who indulge in this include freeloaders, thieves, and some that are simply trying to create an awareness of security issues. War-drivers may also engage in war-chalking, which is a throwback to the communication technique used by hobos to alert other hobos with chalk markings identifying free places to sleep or eat. Like the hobos, these war-chalking symbols alert other war-drivers of free services, so if you unplug and go wireless, look for a war-chalking sign near you.

If there is a downside to products of this type, it's that they can be overwhelming to the casual user. Networking aside, this product plugs-and-plays like any other projector. Add wired networking and most people could follow the documentation and have a happy result. Add wireless peer-to-peer networking and those without some networking experience will probably fall on their sword.

This is not a critism of Sony, but rather the wireless environment. Just in the short time that we've been looking at these products, it's clear that these issues are being addressed.

The Sony VPL-PX15 is feature rich. It's hard to imagine a need that this product does not address. It is clearly targeted at companies that have a diverse range of projection needs, but it can also serve the needs of any networked or transient user environment. At a retail price of $6,100 this is a lot of projector with plenty of punch.

For more detailed specifications and connections, check out our Sony VPL-PX15 projector page.