The Xiaomi Laser Cinema 2 was scheduled to go on sale yesterday on the occasion of China's Double Eleven "Singles Day" festival, a Chinese equivalent of the United State's Black Friday shopping event. According to reports out of Asia, it is a 4K UHD laser UST living room projector rated for 2,400 ANSI lumens. It is driven by an ALPD-branded RB+ laser engine that combines a blue and red laser to achieve 113% Rec.709 color gamut. The projector is specified to have a 3,000:1 contrast ratio. Other basic details include an onboard smart TV system based on the MIUI platform found in Xiaomi's panel TVs, frame interpolation for improved motion, and a pair of 15 watt speakers (30 watts total) that support Dolby Atmos and DTS soundtracks. Connections include three HDMI 2.0b, a pair of USB 2.0 ports, optical digital and analog stereo audio outputs, and an Ethernet connection. Fan noise is rated at less than 30 dB. 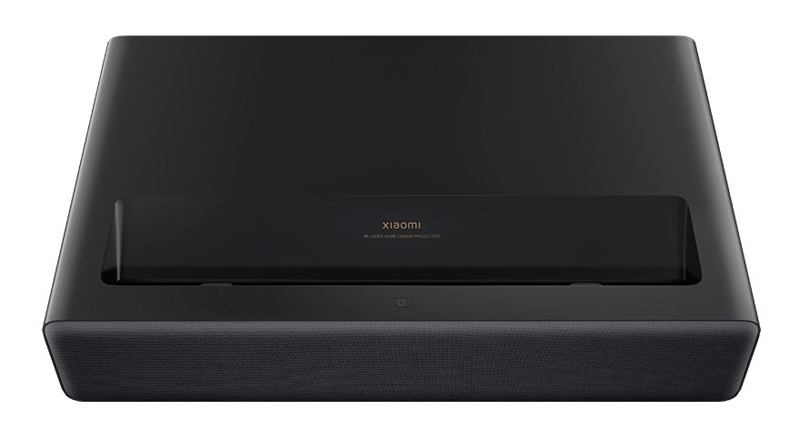 The initial promotional price was set for 12,999 Chinese yuan, or $2,038 US dollars, set to rise to Â¥14,999 or $2,351 when the promo expires. No plans were announced to bring the Laser Cinema 2 to the United States. Xiaomi does maintain a U.S. website and an online ecommerce partnership here, but is not currently promoting its Mi 1080p or 4K UST laser projectors through those channels.

The Laser Cinema 2 supports HDR10 content alongside other HDR projectors in its product class, but its most noteworthy feature is the addition of Dolby Vision support. A Dolby spokesperson here in the U.S. verified for ProjectorCentral that it is an official Dolby Vision-sanctioned product and the first short-throw consumer projector to offer that benefit.

Dolby Vision is a form of HDR that uses dynamic metadata in the signal stream to communicate the program creator's desired tone-map to the display on a frame-by-frame or scene by scene basis. The nearest equivalent today would be HDR10+, an open standard that is slowly gaining traction among projector manufacturers and production studios. Some manufacturers, including JVC, LG, and Sony, provide a form of dynamic tone-mapping in their projectors that optimizes HDR10 or HLG images based on signal analysis rather than creator's intent. 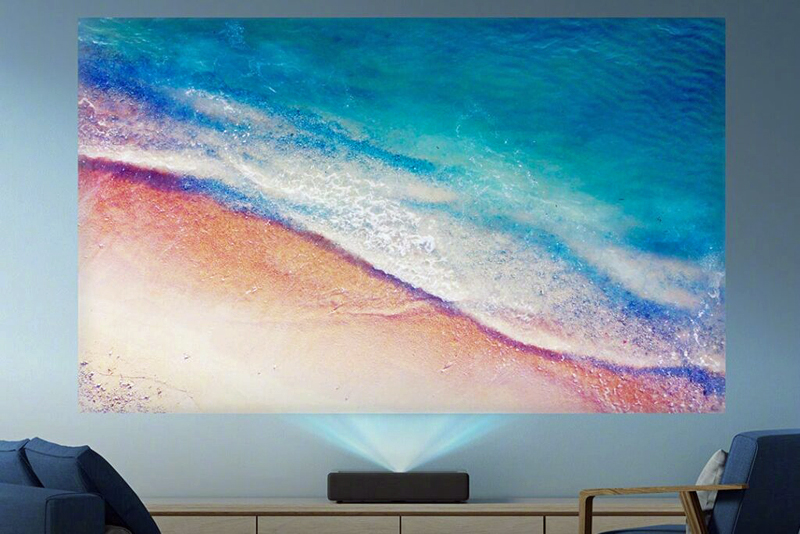 Dolby Vision compatibility has appeared widely in HDR TVs but there has not yet been a Dolby Vision projector beyond the systems built by Christie for use in standardized Dolby Cinema theaters. The probable reasons for this are mixed. Along with an initial dearth of Dolby Vision content (which has been progressively addressed) and the manufacturer costs associated with licensing the Dolby technology vs. the HDR10 open standard, there are technical considerations that may have contributed to keeping Dolby Vision out of projectors.

The execution of Dolby Vision, at least in TVs, calls for knowing a display's maximum peak brightness and low black-level capabilities so that the metadata can be appropriately interpreted to provide the desired result on screen. But the brightness of a projector's on-screen image varies based on screen size and screen gain. Projectors also exhibit greater sensitivity to ambient light than most TVs. UST laser TV projectors, however, are typically fixed to a 100- or 120-inch image, and the recommended ALR screens most often share a similar lenticular design in the range of 0.6 to 0.8 gain. So the category by its nature introduces some degree of predictability not found with traditional long-throw projectors. 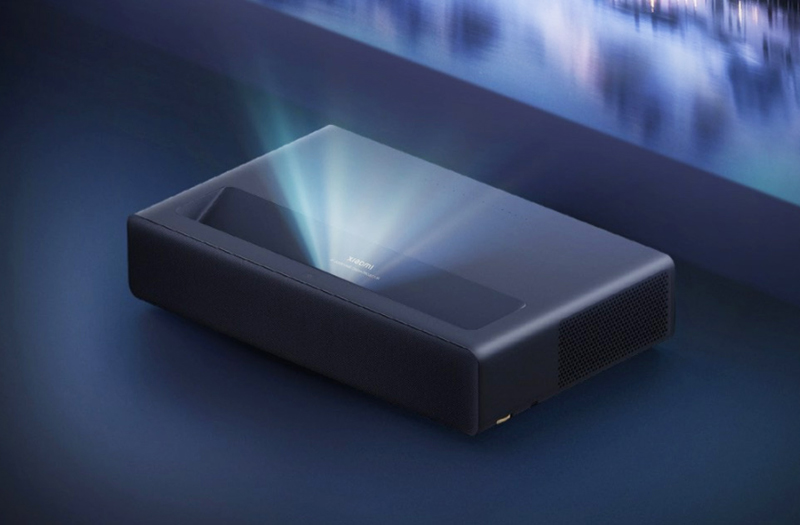 That said, it does not appear that the Xiaomi Laser Cinema 2 is being sold with a mated screen, and the projector, which throws a 100-inch image from just under 8 inches from the wall, offers a range of image size from 40 to 200 inches. Xiaomi recommends 80 to 150 inches. Nor is it immediately clear if the projector has internal settings to help define the screen size, type, or gain, which might logically be applied to delivering the best possible Dolby Vision projection.