ATLANTA, GA, (December 15, 2008) -Dollywood's Smoky Mountain Christmas celebration, which was named the best theme park Christmas event in the nation during the 2008 Golden Ticket Awards, is creating holiday magic this season with the debut of their Polar Express 4-D Experience. As their first production in the newly upgraded theater, the Polar Express 4-D Experience has seen both unprecedented ticket demand and raving reviews from the viewing audience.

"We're calling it 4-D because it combines the 3-D movie with motion seats and smells and a lot of other features that make this a really amazing addition to our Christmas celebration," Dollywood Public Relations Manager Pete Owens says. "We spent about $1 million to basically gut the screen area and build a new, rounded screen plus install the best projection equipment in the industry."

In anticipation of presenting the future of digital cinema, the facility recently upgraded to a state-of-the-art 4D simulation theater. Industry veterans Julian Angus and Shane Nichols served as consultants during the theater's technological upgrades. After comparing the image quality of the top projection manufacturers on the market, the two Digital Projection LIGHTNING 45 HD-3D projectors were selected because of their superb image quality and immersive 3D projection abilities. "We've heard from people at parks all over the place and they're telling us there's no better 3-D in the world," Dollywood Construction Manager Mike Teske says. "That's not just us saying that."

The two LIGHTNING projectors are working in conjunction with an impressive technological lineup, including a 34 x 63 slightly curved screen that has been treated with a metallic 3D surface coating to enhance the 3-dimensional effect. A Quvis cinema player serves as the video source, and Iwerks motion pods are creating the seated motion effects. Each movement of each chair was meticulously programmed using the Iwerks motion pods and a joystick. "This is a very unique thing," says Julian Angus. "It's a really good multi sensory experience, and that's what makes it so novel here."

Polar Express 4-D Experience viewers can expect a truly encompassing event, as they'll smell the hot chocolate as the tap-dancing serving crew makes its way through the car and feel the wind rush past as the train bumps and lurches along it's route. "This Christmas, I'm inviting families to take a spectacular holiday journey where dreams become real, and everybody knows I dream bigger than just about anybody else," says Dolly Parton. "On the Polar Express 4-D Experience, all you have to do is believe, and I sure do."

The Polar Express 4-D Experience is now open to the public and will run through January 3rd, 2009. Operating hours and schedules for certain attractions at the park, like the popular stage shows and the Polar Express, can be found at www.dollywood.com.

About Digital Projection International
Founded in 1989, Digital Projection International (DPI) has been instrumental in the development and application of Digital Light Processing™ technology by Texas Instruments for projection systems. DPI introduced the world's first 3-chip DLP™ projector in 1997, and has since delivered expert system engineering and world-class customer services, thus maintaining its position as a digital imaging pioneer. 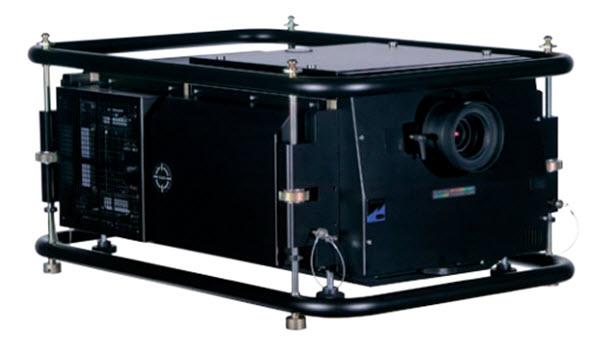