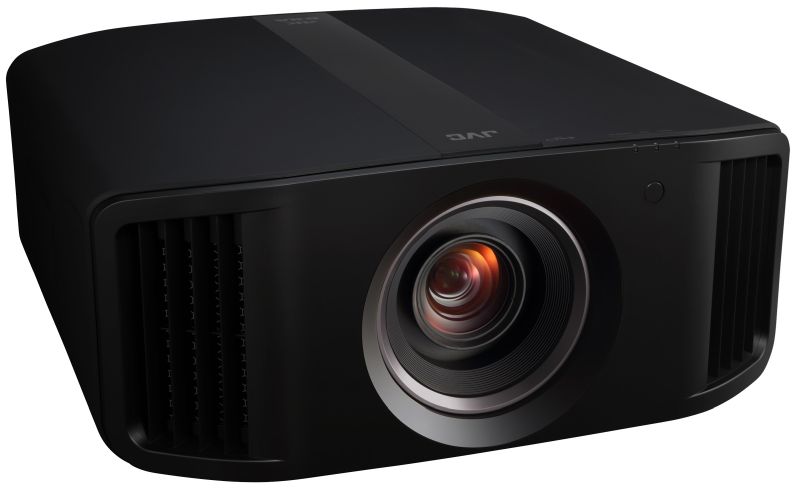 Coinciding with the start of CES, JVC has announced the upcoming release of their new entry-level LCoS-based D-ILA projector, the DLA-NP5 (DLA-RS1100 on the custom install market), that will complete their 2022 product line. The DLA-NP5 will replace the DLA-NX5/DLA-RS1000, which was given a ProjectorCentral Editor's Choice Award designation, and takes its place now as JVC's only lamp-based consumer projector. The DLA-NP5 will have an MSRP of $6,999—$1,000 more than the DLA-NX5. The three previously announced laser projectors it joins—the DLA-NZ7/DLA-RS2100 (also a ProjectorCentral Editor's Choice), the DLA-NZ8/DLA-RS3100, and DLA-NZ9/DLA-RS4100—have each also seen a bump up in price by $1,000 from what was originally announced back in September. Other improvements in the NP5 vs. the NX5 are two HDMI 2.1 inputs and HDR10+ specification compliance. The HDMI 2.1 inputs have HDCP 2.3 (although no CEC support) and 48Gbps bandwidth that is capable of 4K/120Hz signals, which gamers will be happy to see. There is a low latency mode, but input lag is as yet unlisted. HDR10+ delivers dynamic metadata on a scene-by-scene basis with compatible content to more faithfully reproduce HDR images per the creator's intent.

The same 65 mm, 17 element, 15 group all-glass lens used in in the DLA-NZ8 and DLA-NZ7 is in the NP-5. It has a motorized focus and 2x optical zoom, as well as a motorized lens shift of 80% vertical and 34% horizontal. The projector is capable of an image size diagonal ranging from 60 to 200 inches.

The cable is capable of transmitting 8K/60Hz and 4K/120Hz, making it a good supplement to this year's line of JVC projectors. In fact, JVC tested these cables with their D-ILA projectors to ensure transmission was stable. The optical conversion chip has low power consumption so it doesn't require an external power supply.

ARC, eARC, and Ethernet are supported, and the HDMI terminal has an aluminum housing and compact design to allow for installation close to the wall—thanks to a depth comparable to a metal cable with a depth of 38.5 mm and a minimum bending radius of 35 mm.