Citing concerns with the COVID Delta variant, Sony today announced its withdrawal from in-person exhibition at October's InfoComm and NAB tradeshows, two of its most important trade events. 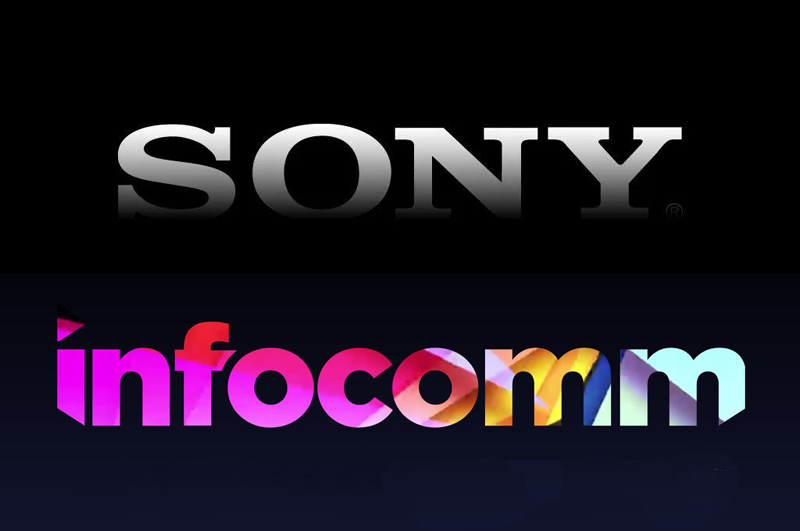 InfoComm, traditionally the industry's largest domestic show for projectors, was originally planned for last June in Orlando, FL but was prudently pushed to October 27-29 before the Delta variant emerged to create a new spike in COVID cases among the nation's unvaccinated population. Given the rapid disintegration of last week's CEDIA Expo due to exhibitor cancellations on the eve of the show, it remains to be seen if InfoComm will suffer a similar fate as exhibitors take action to protect their employees and cut their loses amid concerns about attendee show travel to a state that's a COVID hotspot which, although improving, currently has the highest rate of COVID hospitalizations in the country. One key difference between InfoComm and CEDIA is that AVIXA, InfoComm's organizer, announced in late August that show attendees must show proof of vaccination or a negative COVID test to gain access to the venue. NAB, the most important industry event for the broadcast and post-production communities, is scheduled for October 9-13 in its usual Las Vegas location. Despite not attending in person, Sony says it will host an online press event prior to opening of the show's exhibit space.

Following is the text of the announcement from Theresa Alesso, Pro Division President, Sony Electronics:

"Sony Electronics has been closely monitoring the evolving situation of the COVID-19 Delta variant. With October on the horizon, we've considered the unprecedented circumstances and made the difficult decision that we will not be participating in person at next month's NAB Show or InfoComm. While these events are an important forum to reach our customers and introduce new products, this is a choice we made to ensure we're putting our employees' and our partners' health and well-being first. As the world continues to grapple with the pandemic and businesses adopt digital alternatives and online opportunities to prevent the spread of the virus, Sony Electronics will continue to communicate and engage with our customers and partners in interactive, accessible ways that allow us to safely deliver exciting product news and updates to a wide online audience. We'll continue to monitor the situation and look forward to participating at industry events in-person at some point in the future.

"Additionally, we're excited to announce that Sony will be hosting a press conference at NAB Show, in conjunction with the NAB, prior to the show's opening. Please join our online event on Sunday, October 10 at 9am PT/12pm ET at NABShow.com/Live and pro.sony, where we'll unveil and showcase Sony's latest professional innovations."

Comments (4) Post a Comment
Tyler Posted Sep 13, 2021 5:46 PM PST
I would say the real reason Sony pulled out is due to JVC releasing their new line of far superior projectors. Hopefully Sony is finally realizing they need to either make a new projector, not just change the model number, or drop their current line about $2500 across the board.
Rob Sabin, Editor Posted Sep 14, 2021 6:59 AM PST
I'm sorry, Tyler, but this is nonsense. In the first place, it's Sony's B2B division that attends InfoComm, which is more of a commercial trade show -- they don't usually even display the home theater projectors. As for the new JVCs...while they are obviously very aggressive on pricing and future proofed next to Sony's latest, I do think Sony's latest updates were significant from an under-the-hood perspective and that the VW325ES that I personally reviewed is a far better product than the VW295ES that preceded it.

That said, I will give you that a line refresh from Sony in 2021 should have absolutely included wide bandwidth HDMI 2.1 ports and the ability to at least take in and scale down 8K content while also allowing 4K/120 Hz gaming from the new consoles.
Bob Posted Sep 28, 2021 6:45 AM PST
The delta variant has caused a rise in vaccinated people too!!! Stick to electronics; you know about as much about disease as the CDC!!!
john Posted Oct 8, 2021 8:04 AM PST
Hello Bob,

But you're right - the Delta variant HAS caused previously hesitant people to reconsider, and get vaccinated, which benefits everyone.