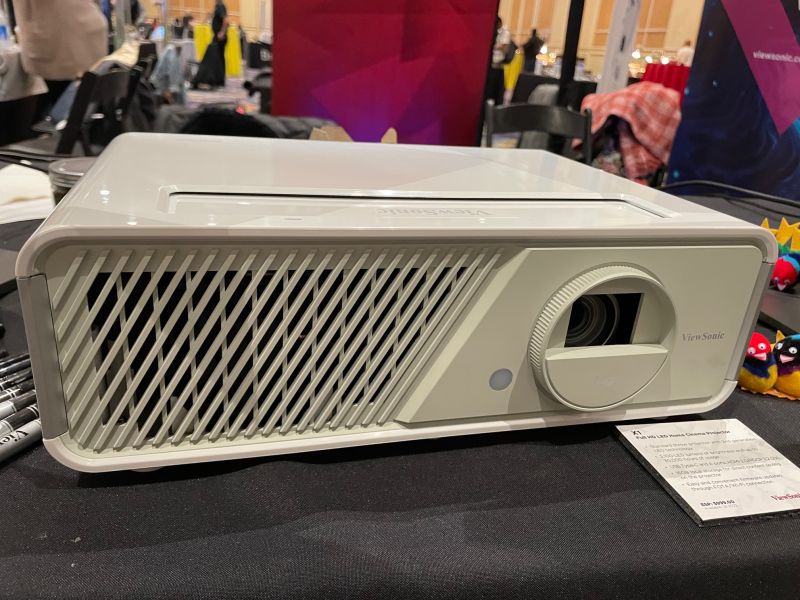 At CES 2022, ViewSonic announced two new 1080p (1920x1080) LED projectors coming in April 2022—the X1 and X2. The two projectors offer the same specs (detailed below) except for throw. The X1 has a standard throw lens with a 1.3x optical zoom while the X2 is a short-throw projector with a 1.2x optical zoom and 0.69-0.83:1 throw ratio that will project a 100-inch diagonal image from just over five feet away from the screen. They both have vertical lens shift, digital horizontal/vertical keystone and four-corner adjustment. The projectors use a maintenance-free LED light source—ViewSonic touts it as second generation LED technology—rated for 3,100 LED (not ANSI) lumens with a life of 30,000 hours and quick on/off. ViewSonic says the two projectors are capable of 125% of the Rec.709 color space thanks to the company's Cinema SuperColor+ technology. 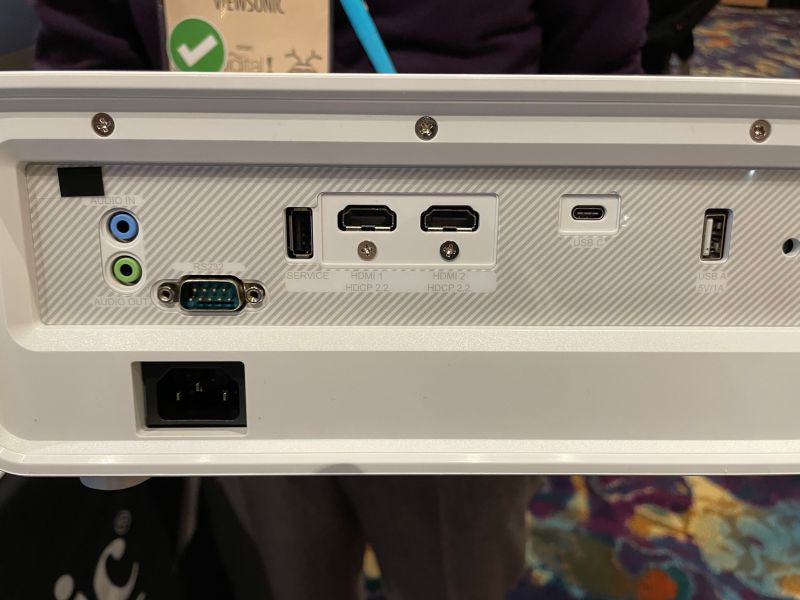 Connections on the back of the projectors include two HDMI 2.0 with HDCP 2.2, USB-C, two USB-A (one for service), 3.5 mm audio in and out, and RS232. The X1 and X2 also have built-in Wi-Fi (that can conveniently be used for firmware updates) and Bluetooth connectivity. ViewSonic has continued their partnership with Harman Kardon with both projectors including two speakers.

Comments (3) Post a Comment
Amigo Posted Jan 6, 2022 8:23 AM PST
What's the real ANSI value of the brightness?
Domenico Posted Jan 8, 2022 8:15 AM PST
"ViewSonic touts it as second generation LED technologyârated for 3,100 LED (not ANSI) lumens " in real terms what is this supposed to mean?
Rob Sabin, Editor Posted Jan 11, 2022 8:03 PM PST
Domenico, some manufacturers using LED light engines use "LED lumens" to account for the phenomenon that LED light appears brighter to the eye than lamp light. So ViewSonic is making a claim here that their projector is perceived as bright as a 3,100 lumen lamp projector even though it will likely only put out somewhere around 1,500 lumens at most when we measure it, maybe even a bit less.