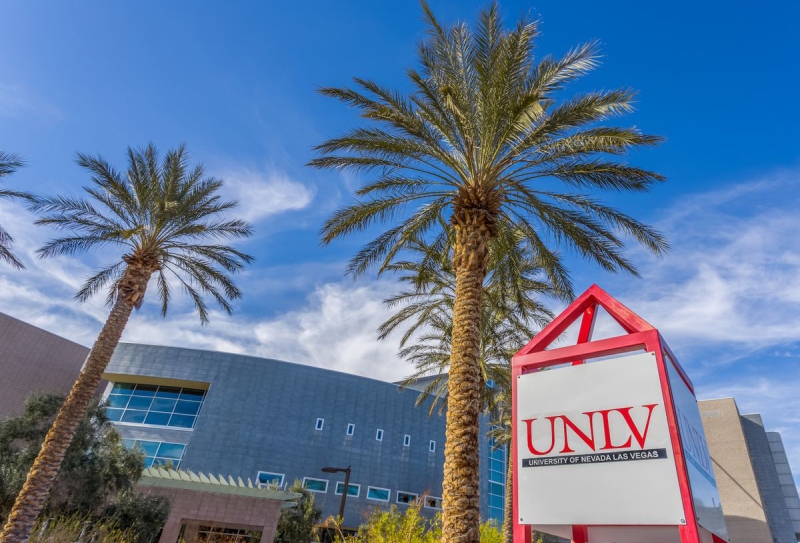 Since conducting its first classes in 1957, UNLV has grown from a small college into a thriving research institution. The university, in Las Vegas, has become a vital resource in one of the fastest-growing cities in the country, and now with a newly renovated film department, UNLV has set its sights on becoming one of the top film schools in the nation. UNLV's ability to offer its students the same opportunities previously found only at elite institutions comes from individuals such as Frank Alaimo. A Senior Audio Visual Systems Specialist at UNLV, Alaimo was aware that the school's film department required a much-needed upgrade. He knew just the team to help his dream become a reality. Enter Kevin Potts, David Starck and Sean Greener of Coherent Design, as well as Integration Manager, David Peterson of CCS Las Vegas, whom Alaimo had worked on various other projects over the years. Together, this group helped to bring a state-of the-art film department to the UNLV campus.

Transforming a nearly 50 year old lecture hall into a 250 seat Dolby Atmos theater represented the type of project that had never been undertaken at UNLV before. The objective was to provide the spring semester class with a new facility and new equipment—which meant an extremely tight timeline of approximately 100 days from demolition to completion.

Frank Alaimo tapped David Peterson, Integration Manager from CCS, to execute the project. David expertly guided his crew through the entirety of the project. His ability to communicate and manage the many moving parts that comprise such an undertaking was on full display—as was his team's willingness to work late nights and weekends to stay on schedule.

Providing film school students with a facility that best captures their artistic intent also requires the right tools and materials. With a state-of-the-art film school theater and post-production facility, professional filmmakers, editors, and sound engineers cannot only work to create their visions, but they can also bring their visions to life on-screen. CCS specified a collection of the best equipment and materials available to create a world-class film department. Central to the installation is a Stewart Filmscreen Director's Choice fixed frame screen system measuring 354.66" maximum diagonal in 1.85:1 aspect ratio. Continuous 4-way masking allows the students to view content in any aspect ratio imaginable. The screen material is SnoMatte 100 with CinePerf sound transparency. Chosen for its reputation for superb color and white field uniformity, SnoMatte 100 is the standard for digital intermediate (DI) and color editing during the filmmaking process. CinePerf's acoustical transparency ensures accurate sound imaging for the students during the audio post-production phase of their project.

The vision of Frank Alaimo and the hardworking team at CSS created an environment for UNLV film school students to explore their craft in ways the prior setting could not support. The new facility raises the profile and prospects of the UNLV film program to attract future talent in pursuit of a career in the film industry. Stewart Filmscreen takes particular pride in being an integral component in this great project.