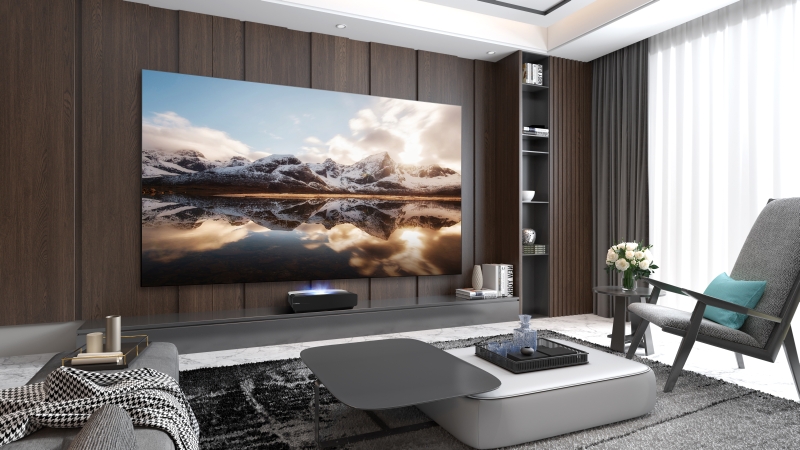 The Hisense 120-inch ALR screen is made with microscopic ridges that are designed to reflect the light from the L5F 4K Laser TV towards the viewers eyes while simultaneously absorbing or deflecting ambient light from other locations away. The L5F—that measures 6.2 x 21.5 x 13.6 inches (HWD) and weighs 24.3 pounds—sits only 13.8 inches from the screen to fill the full 120-inch diagonal. 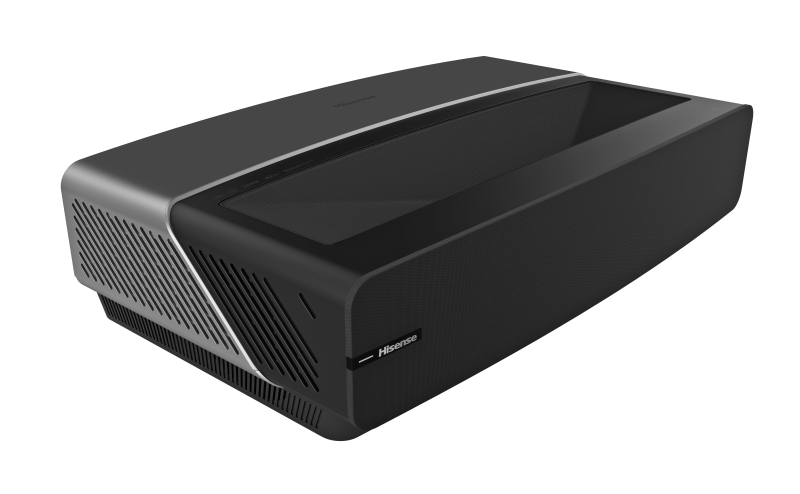 The 4K (3840x2160) DLP projector uses a blue X-Fusion laser light source that runs through yellow phosphor before passing through the projector's color wheel to generate the image. It is a no-maintenance light source that lasts for at least 25,000 hours.

To provide streaming options, the L5F runs on the Android TV platform that Hisense also uses in their TV line. Thousands of apps—including the most popular like Netflix, Disney+, Hulu, Prime Video, and HBO Max—are available to install through the Google Play store. Built-in Chromecast support allows for content to be streamed from computers and mobile devices, and the voice-activated Google Assistant can be used to control the projector from the remote's microphone. Alexa is supported as well. 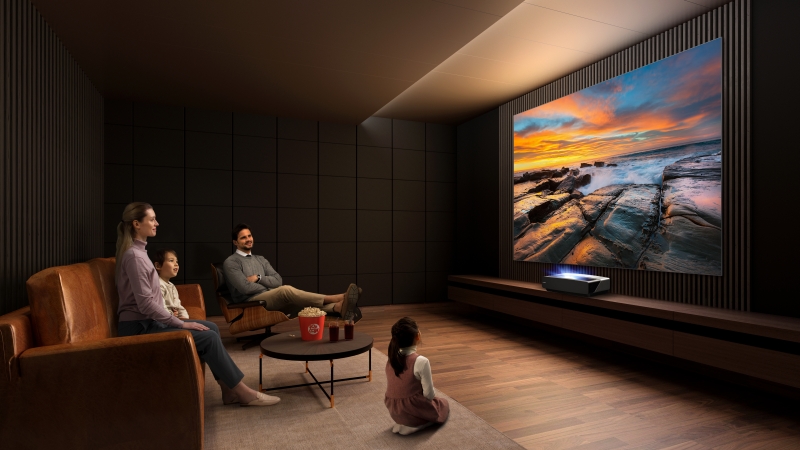 There are four HDMI 2.0 inputs (one with ARC), Ethernet, two USB, a digital optical out, and an RF antenna input.

Comments (1) Post a Comment
Andrew Hoerauf Posted Mar 30, 2021 4:12 AM PST
What would be the set up measurements for the 120L5F- vertical distance and throw distance? I ask this because this set up is not listed in your throw calculator data base.