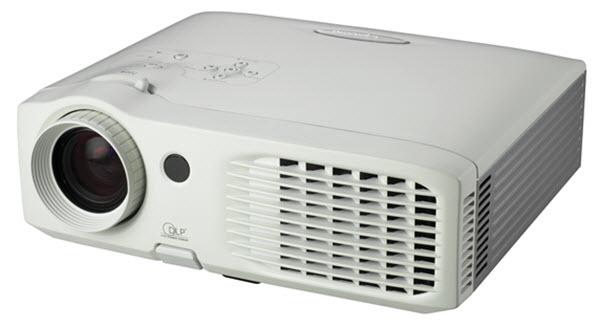 On June 16 we posted a shoot-out review of several entry level 480p resolution projectors on the market. Most of them had been on the market for several months, but at the last minute we included the Optoma H27, since one of the first units had just become available to us. We evaluated it and reported what we found, which was that it was not performing up to the standards of the others in the group.

Since then several readers have indicated they have been getting better results from their H27s than our review would have suggested, and some have wondered whether the sample we reviewed was representative of the production run at large. We requested a second test sample from Optoma to look into it further.

Based on the performance of the second unit, we believe that the original sample was faulty and not a fair representation of the product's capabilities. Several quirks mentioned in the 480p shootout are no longer present. When set to low lamp mode and optimized for video, the first test unit we received measured only 185 ANSI lumens. Our newer test unit easily produced 250 ANSI lumens under the same conditions. And with ImageAI enabled, the H27 put out a respectable 325 ANSI lumens total. Contrast shows a definite improvement over the original sample, as does black level and color saturation. All in all, the newer H27 test unit bears little resemblance to the first unit we received.

When compared to the Optoma H31, the H27 nearly matches its performance in color balance and saturation, and black level is excellent, though the H27 is not quite as bright as the H31. Another noteworthy difference is that the H27's throw angle is more extreme, so in choosing between the H27 and the H31, your installation requirements should be considered. Overall, the second test unit performs substantially better than the early model. At a street price roughly $150 below that of the H31 (at this writing), the H27 represents an excellent value in low-cost 480p home theater projectors.

For more detailed specifications and connections, check out our Optoma H27 projector page.